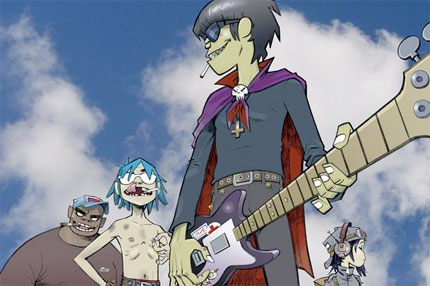 With their album release date less than a month away, the band has ratcheted up their online promotional blitz: Earlier this week, a post-apocalyptic video game starring the band’s animated characters appeared on the official Gorillaz site, and the band offered up a free stream of lead single “Stylo,” featuring Mos Def and Bobby Womack, last month.

Albarn is set to bring the Gorillaz live show to April’s Coachella festival in Southern California, joining Muse and Jay-Z as the event’s headliners.