After Miley Cyrus is disqualified, "All is Love" steps up for Best Song Written for a Soundtrack. 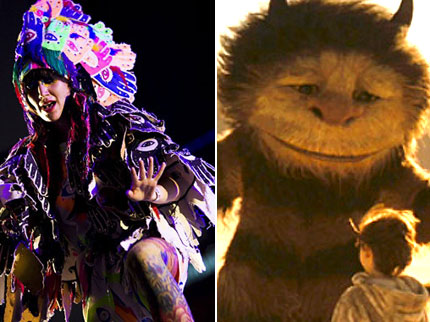 Sometimes it takes a mistake to make things right.

Thanks to an oversight by the Recording Academy, one of the year’s best movie soundtracks, Karen O and the Kids’ Where the Wild Things Are, has scored a well-deserved Grammy nomination for its lead single, “All Is Love,” in Best Song Written for a Soundtrack category.

The belated nom arrives after the Academy realized that Miley Cyrus’ “The Climb,” which had been nominated for the Hannah Montana movie, was actually not written for a film at all. Turns out, songwriter Jessi Alexander first shopped the tune to several country stars. Ooops!

So Karen O’s song, co-written with YYYs bandmate Nick Zinner, takes Cyrus’ place, having received the next highest number of votes from the Academy. And it’s not the punk siren’s only nod: the YYYs’ It’s Blitz — which landed the No. 2 spot in SPIN’s 40 Best Albums of 2009 list — is also up for Best Alternative Music Album. Hooray!

A post to Spike Jonze’s website first broke the news, and the Academy confirmed the change in a statement, which appears in its entirety over at EW.

So, SPIN readers, does “All is Love” deserve the statue? Can it beat out Paramore’s Twilight song “Decode” and Bruce Springsteen’s heartfelt ballad from The Wrestler?

Tell us what you think in the comments section!