Click here to stream the first single from the film adaptation of the teen vampire series. 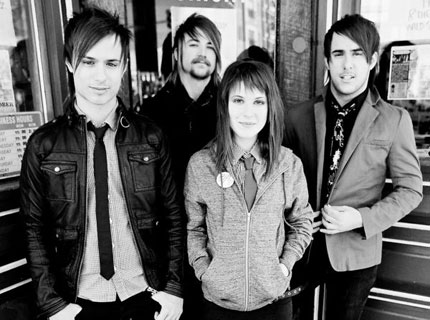 As previously reported, pop-punk stars Paramore recorded a few new tunes for the film adaptation of the popular Twilight teen vampire novel series. Now, hear the fruits of the band’s labor: “Decode,” the film’s official single, is streaming exclusively at author Stephenie Meyer’s website. The dark and brooding track — and the rest of the Twilight soundtrack — hits stores November 4.

“I’m really excited to see the book adapted to film and excited that our band gets to be a part of the phenomenon,” said lead singer Hayley Williams, a big fan of the novels. “I chose the title ‘Decode’ because the song is about the building tension, awkwardness, anger, and confusion between [lead characters] Bella and Edward.”

Do you think the song’s any good? Sound off in the comment section below!