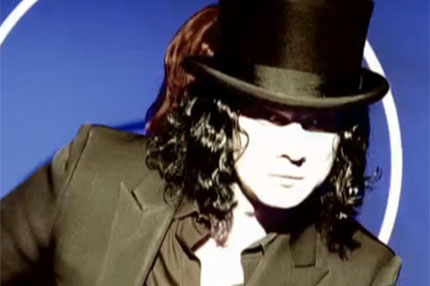 In each of his… 32 (?) bands, Jack White makes a point of sharing, or even ceding, the spotlight with his collaborators. This is especially true with the Dead Weather, where Alison Mosshart handles the vocals and the vamping while Jack attempts to keep a low profile in back behind the drum kit.

Which would then make the just-released video for “I Cut Like a Buffalo,” the latest single from Dead Weather’s debut Horehound, a relatively Jack-centric affair.

Directed by White at his tricked-out new Third Man headquarters in Nashville and replete with trippy but lo-fi lighting effects and costumed dancers, the video once again shows there isn’t much he won’t try his hand at, and moreover, that Third Man serves more purpose than mere studio/record store/clubhouse. Intrigued?

WATCH:Dead Weather “I Cut Like a Buffalo” music video [via Spinner]