Horrible timing? While 'Ye deals with his VMA/Taylor Swift incident, the complete itinerary for the "Fame Kills" outing drops. 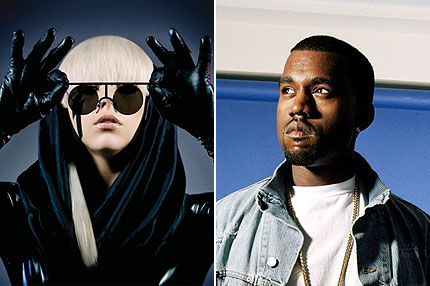 Tuesday, as the world recovers from Kanye/Taylor Swift-gate at the MTV VMAs Sunday night, and ‘Ye’s ensuing apologies and appearance on The Jay Leno Show Monday, the complete dates for the Chicago rapper and Lady Gaga’s massive “Fame Kills” tour have been announced.

According to MTV, the much-ballyhooed 34-date tour kicks off in Phoenix, AZ, November 10 before traversing the nation and dropping in on our neighbors to the north (pack a parka, guys, it’ll be cold) over the following two months. The outing closes out January 24 in Dallas, TX. Hey, Kanye, so much that break from music, huh?

So what should fans expect from the “Fame Kills” tour? Well, other than a title that feels more relevant now than ever (which, it seems, could be part of this whole PR scheme), Lady Gaga’s VMA performance suggests lots of blood, songs about card games, intricate dance routines, Phantom of the Opera masks, and suicidal references. Kanye, well, he might just steal the mic from Gaga and insist that some of his dawgs have a better poker face.

And what about Taylor Swift? May we suggest that she reprise that rap persona of hers, T-Swizzle, and hit Kanye up to open the tour! He certainly owes her one.