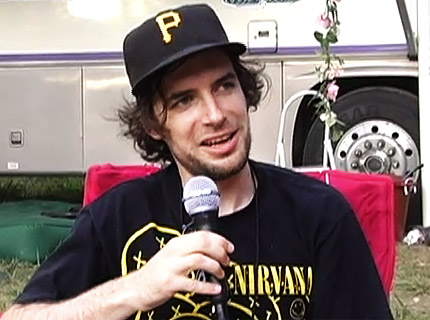 On Bonnaroo’s third day of action, artists continued to visit with SPIN’s Peter Gaston at the Budweiser Troo Music Lounge for interviews and fan questions.

Starting the afternoon off were Chuck Garvey and Rob Derhak of Western NY rockers moe., who were just beginning a long day that culminated in their 1-4 A.M. performance at the festival’s This Tent.

Next up was comedienne Margaret Cho, whose one-liners about sleeping with, well, just about everybody, were supremely side-splitting.

We also chilled with Gregg Gillis, aka Girl Talk, and talked about his epic Bonnaroo set the night before, and about his beloved Pittsburgh Penguins winning the Stanley Cup.

Finally, we caught up with rock cellist Ben Sollee, who talked about how he literally biked to Bonnaroo from Kentucky, covering some 340 miles and raising awareness for Oxfam.

Watch the interviews below, and stay tuned for more video from the Troo Music Lounge tomorrow!