Hagar, Satriani, and a Chili Pepper to Debut as Chickenfoot 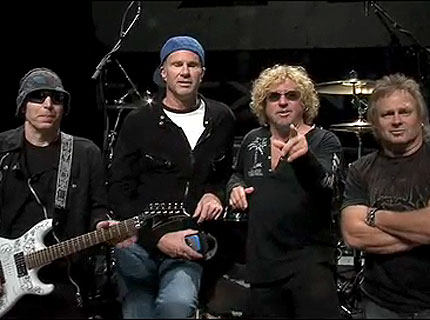 Blame it on Cabo (though Satriani would probably blame it on Coldplay): The self-described “accidental” collaboration occurred as a result of jam sessions at Hagar’s Cabo Wabo Cantina in Cabo San Lucas, Mexico.

Their self-titled debut will drop June 5, and comes complete with a “heat sensitive sleeve” which will reveal the cover artwork via touch [via NME.com].

Groovy, fellas. But will it also offer a reading on our current mood?