The Britpop icons take on Prince Charles with a Katy Perry lookalike. 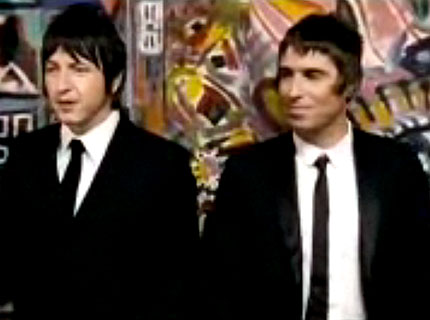 We know Oasis can take a bashing. But in this new video for Dig Out Your Soul gem “Falling Down,” the boys switch roles and take a stab at the British Royal Family!

The video, the vision of director W.I.Z. (Dizzee Rascal, Arctic Monkeys), follows a young member of the English royalty — who is a total Katy Perry doppelganger — as she deals with the stuffy life she was born into and attempts to escape. There’s even real-life footage of Prince Charles. At one point, backstage with some of Britain’s celebrities, she’s dissed by Noel and Liam, who both refuse to shake her hand. Ohhh…

Check out the clip below. Then sound off in the comments section.