Just over one week after his release from a Georgia burn center, the ex-Blink-182 drummer finally speaks. 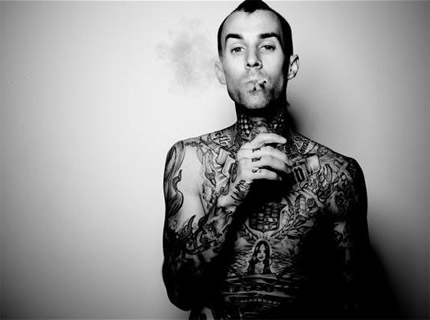 After suffering critical burns in a South Carolina plane crash September 19 that killed four others, spending the ensuing week in a Georgia hospital, and finally being released September 29, former Blink-182 drummer Travis Barker has finally opened up about the incident, US Weekly, via MTV.com, reports.

I hate planes,” Barker said of the wreck, which also injured friend and musical collaborator DJ AM. “My biggest fear ever is to be involved in a plane crash, so when that happened… well, I’m just thankful to be alive! I’m just grateful to be here at all.”

Barker, who upon his release traveled to Los Angeles via bus alongside his father and ex-wife Shanna Moakler, is now receiving treatment at an L.A. hospital. “I am doing the best I can possibly be,” he said. “I’m so anxious to get out of here… I’ve just been in surgery after surgery. I have third-degree burns basically from my feet up to my waist and both hands. One of my hands has second-degree burns and one has third-degree burns.”

“I’m trying to have a quick recovery and play the drums again and be able to hold my kids again,” Barker said.