Tim Burgess’ New Solo Album Is Anything But Typical Music

Like many musicians, Tim Burgess had big plans for 2020. The Charlatans frontman was slated to showcase his forthcoming solo album, I Love the New Sky, in an appearance at the New Colossus Festival in New York City and at SXSW in advance of the LP’s May release. Things didn’t go quite as planned, of course: Although the New York City gig went off without a hitch, SXSW and the rest of his proposed promo activities were canceled—and Burgess headed home to England trying to figure out what to do next.

Somewhat unexpectedly, Simon Raymonde, the bassist of Cocteau Twins—who founded and oversees Burgess’ label, Bella Union Records—suggested Burgess might like to write another album. “And I thought, ‘How do you do that?'” Burgess says over Zoom. “I’ve never written anything without an experience of the previous record. You make a record, you go and tour it, you meet new people, you have experiences, you gain something over the year that you’re promoting it. I never thought you could do a record after no months of touring it and not meeting anybody else at all.”

Although it took Burgess a few months to find his creative groove, the isolation proved to be inspiring. Typical Music, his sixth solo album (out Sept. 23), ended up as a double album. Mixed by Dave Fridmann (Mercury Rev, Flaming Lips, Weezer), the eclectic 22 songs encompass sparkling psych-pop, electro-speckled rock and straightforward Britpop.

In addition to writing songs, Burgess launched a wildly successful endeavor called Tim’s Twitter Listening Party. The concept was simple but effective: Burgess booked various musical luminaries—Iron Maiden, Paul McCartney, Liam Gallagher, Blur—to live-tweet insights about their most famous albums in real time, as people around the world chimed in with their memories. 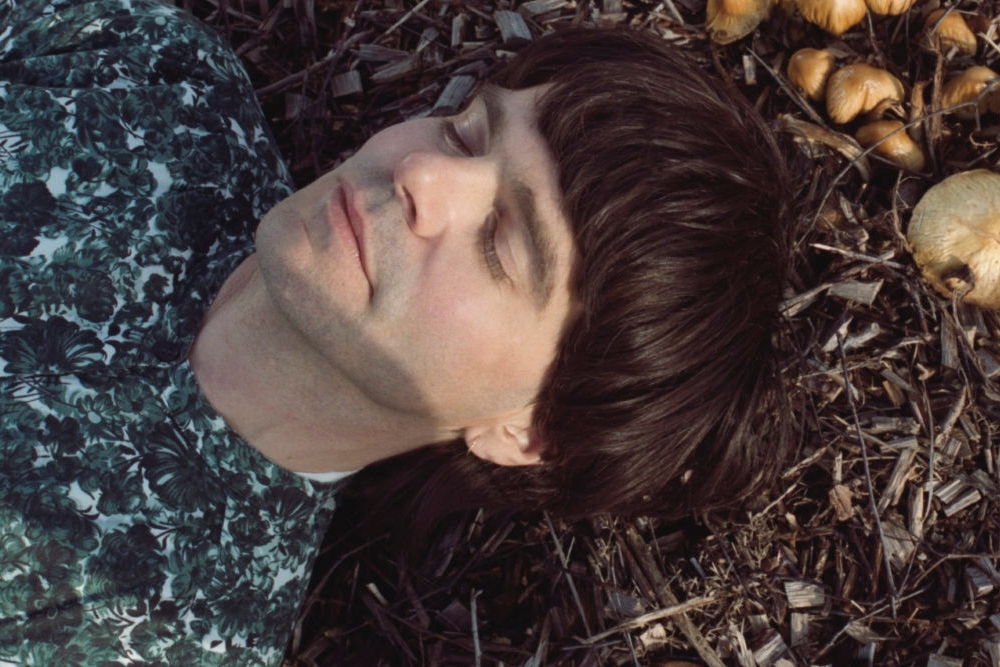 Wearing a simple white T-shirt and necklace, we caught up with Burgess who was at home in rainy London to discuss working on Typical Music with collaborators Thighpaulsandra and Daniel O’Sullivan, what it meant returning to record at the studio where the Charlatans made their 1997 album Tellin’ Stories.

SPIN: I chuckled at the quote you had in the press release—that read like you were preemptively getting out in front of any criticism. You can tell that you were just anticipating the critiques.
Tim Burgess: There are records by Yes and Genesis that I do like. But this is lots of pop songs. There’s no warriors or battles going on. I started off wanting to do a double album. I’ve always liked double albums like [The Clash’s] London Calling and stuff like that. Beatles, obviously. But I was sitting next to [The Cure’s] Kiss Me, Kiss Me, Kiss Me in the Charlatans studio. And I thought, “16 tracks. That’s heavyweight.” I told [album collaborators] Thighpaulsandra and Daniel O’Sullivan, to let me know when there was 16 tracks. And they said, “We’re way past that.” We counted them up and there’s 22. And I just thought, “Well, let’s just do them all to the best that we can. And color them in as well as they can be, and treat them all well.”

How did you feel your songwriting changed on the new record because you had to do it sitting still, without those experiences?
Well, there’s lots of time signature parts that went into the writing of just me on an acoustic guitar. Lots of thought went into the songs before Daniel, who I think is an incredible arranger, even had a look at them. Thighpaulsandra is [also in] Coil and so his sonic palette’s pretty good. It was just the three of us who were in the studio, and we dreamt up this hermetically sealed spaceship and tried to hover above the broken world.

When I Love the New Sky came out, you were one of many musicians that the pandemic started, you had new stuff to promote. Do you feel that that record almost got lost? What are your thoughts a couple of years later?
It’s hard to say, because I mean it could have got lost but also could have been the making of it. I don’t know. I have no idea. I mean, I always thought that it was a live record. It was something that people would see and then want to buy it. Because the people who are in the band are just really fantastic. And they’re super skilled, and it was probably a little bit better live than it was as an album in my opinion.

But no one ever got the chance to see it. Well, apart from people at New Colossus. And there was something about the live performances of that record that gave me information on how to make this record. It was like the last one, but with more fire and with a bigger sound and maybe more electronic elements in places too. And to expand the sound a little bit with the same people.

You recorded at Rockfield Studios, where the Charlatans made the 1997 album Tellin’ Stories. What memories did that bring up for you then as you were recording?
Well, [our keyboardist] Rob Collins died in a car crash during the making of that. He died at the bottom of the gate. It was very vivid. I mean, Rob gave me so much. He taught me a lot about backing vocals and bravery in singing, and he was the most naturally gifted musician in the Charlatans. I hope nobody else minds me saying that. [Laughs.] But in my opinion.

I would walk down to the gate most mornings and…not speak to him, because that sounds very spiritual, but feel his vibe. Just feel him. He died too soon. I don’t think he was ready to die, but he certainly helped bring all this together.

When you do have friends like that who pass too soon, you do feel their spirit and their vibe. It’s an intangible thing. I know what you mean.
Yeah, it’s lovely. I could feel it. I could feel it, of course. And I am pretty spiritual, I think so anyway. I meditate. [Laughs.] I do it twice a day.

What are you looking forward to playing these songs live? How are you envisioning these songs evolving live?
I wrote “Curiosity,” track two, very much with the idea that I wanted a very fast song in the set. Before the album was mastered, we were playing that song. And we played [“Typical Music”] and “Here Comes the Weekend,” “View from Above,” and “Magic Rising. We played all those live and they sound fantastic. I’m going to say that.

But I didn’t think that I’d do a good job of “Magic Rising,” vocally live. But it was easier to sing than I thought it would be live. I’ve also acquired an Ovation Breadwinner guitar used by Sisters of Mercy, I think, back in the day. And it’s a really good look while I’m playing “View from Above.” People should watch out for that.

What else are you up to besides promoting the record?
There’s a second Listening Party book coming out in November, I believe. When you thought you couldn’t top Paul McCartney in the first one— John Lennon’s in the second one, and Iron Maiden, Blondie, Nirvana, Garbage, Barry Gibb. Even Robbie Robertson’s [included] talking about the Band. Fantastic.