Really want to be  On a tropical island, on another dimension.

Excited about  I’m excited about hitting the road to Europe. Connecting to my fans in Europe again.

My current music collection has a lot of  Hypnotic music.

And a little bit of  Space pop.

Preferred format. I literally listen to every format. It really just depends where I am. I still love traveling with a Discman–done it for years–and at home I listen records, CDs, cassettes and we stream. 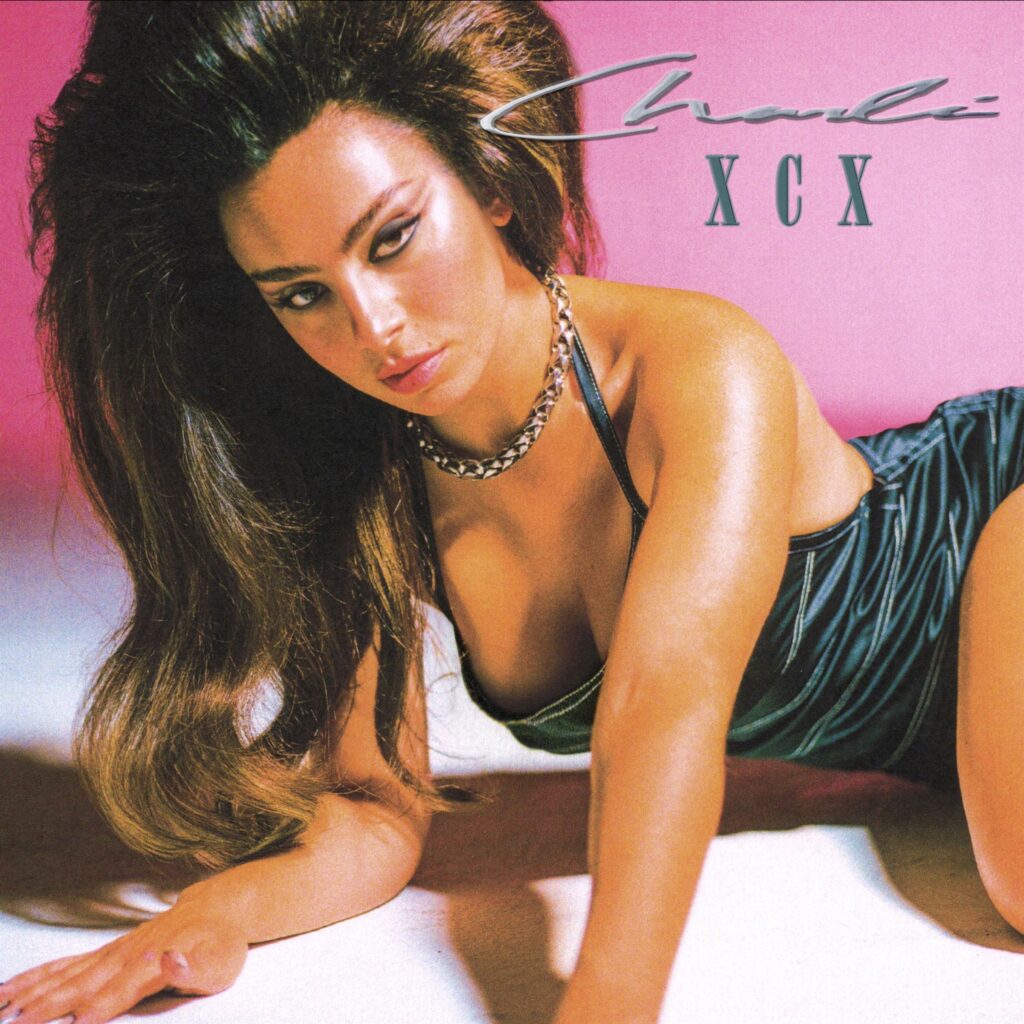 I’m a sucker for pop music, but I also like, just next level, when they have the whole package, and this record is just a pop masterpiece. I listened to it over and over on the plane ride on the way home on CD.

The album has bangers and then songs like “Constant Repeat”and “Twice”and “Used to Know Me”. The melody is melancholy, it’s sad and beautiful at the same time. The song “Used to Know Me”… it literally skips one beat till it reaches that peak with the hook melody at the end and it literally makes your heart skip a beat. She’s just got it.

I know her fans are called angels, and me and my daughters–we joke but it’s true–we’re just overnight angels, too. I showed my daughters and they instantly love her. She just has that. It’s just exciting to see what she’s going to do next. 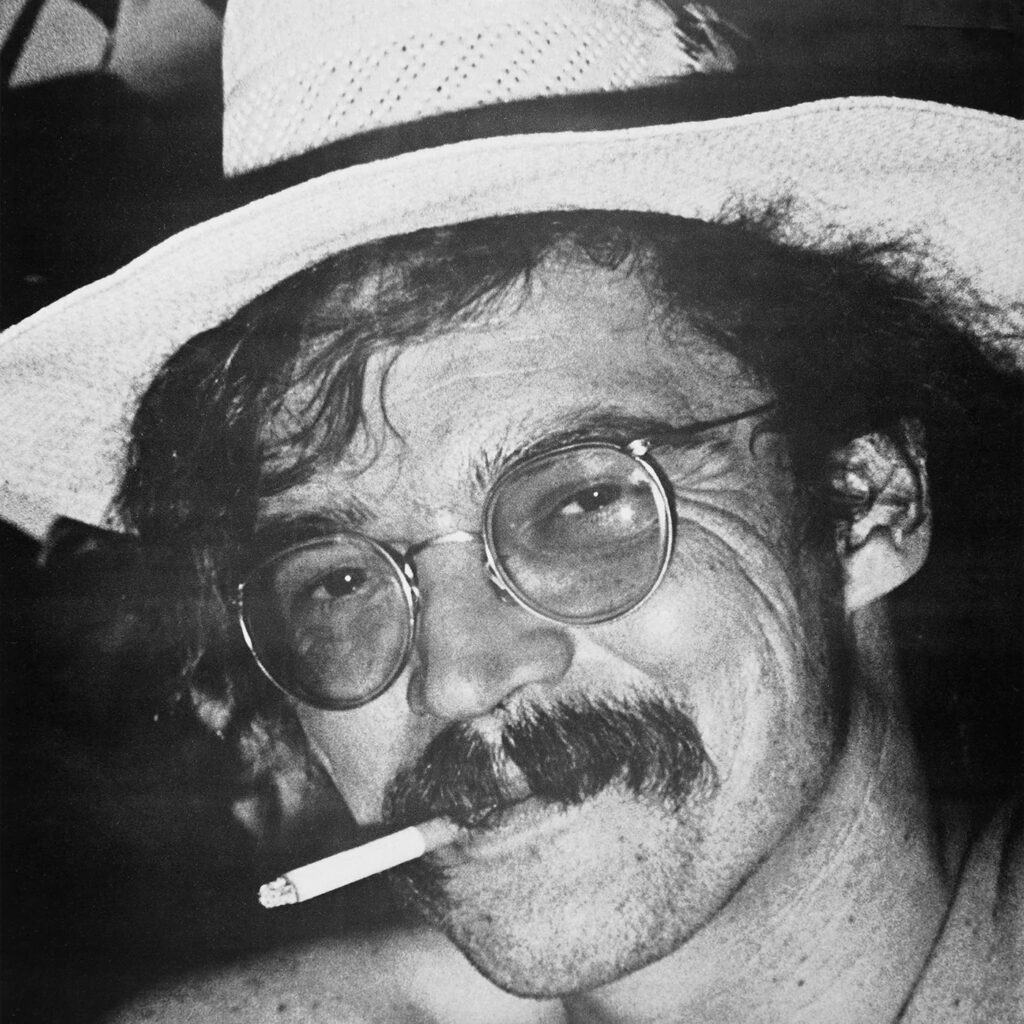 Terry Allen is a legend. He’s multidimensional because he’s an outsider, country artist, but he plays piano and his lyrics are incredible, and he just rams the delivery home very confidently. This is his first album and you should see the album cover: It’s him smoking this cigarette, looking so cool. Again, it’s a gateway drug into Terry Allen because it’s his first album.

We’ve been pen pals for a few years, but I went to Santa Fe where he lives and I performed with him and his son, Bukka Allen.

We played a show together and then we performed together and I sat in on “What OfAlicia”. His band is called The Panhandle Mystery Band, and it contains Charlie Sexton, who’s played with Bob Dylan, but it’s a revolving cast of characters. I got to play with them too, so I feel like now I’m an auxiliary member of The Panhandle Mystery Band. We really hit it off. I connect to people like John Prine, Willy Nelson, all the country greats, and I’d say Terry is finally somebody I’ve become friends with through music and he’s also a legend. It just makes me high to think that I have anything to do with him. Those are the kind of people that keep me going. 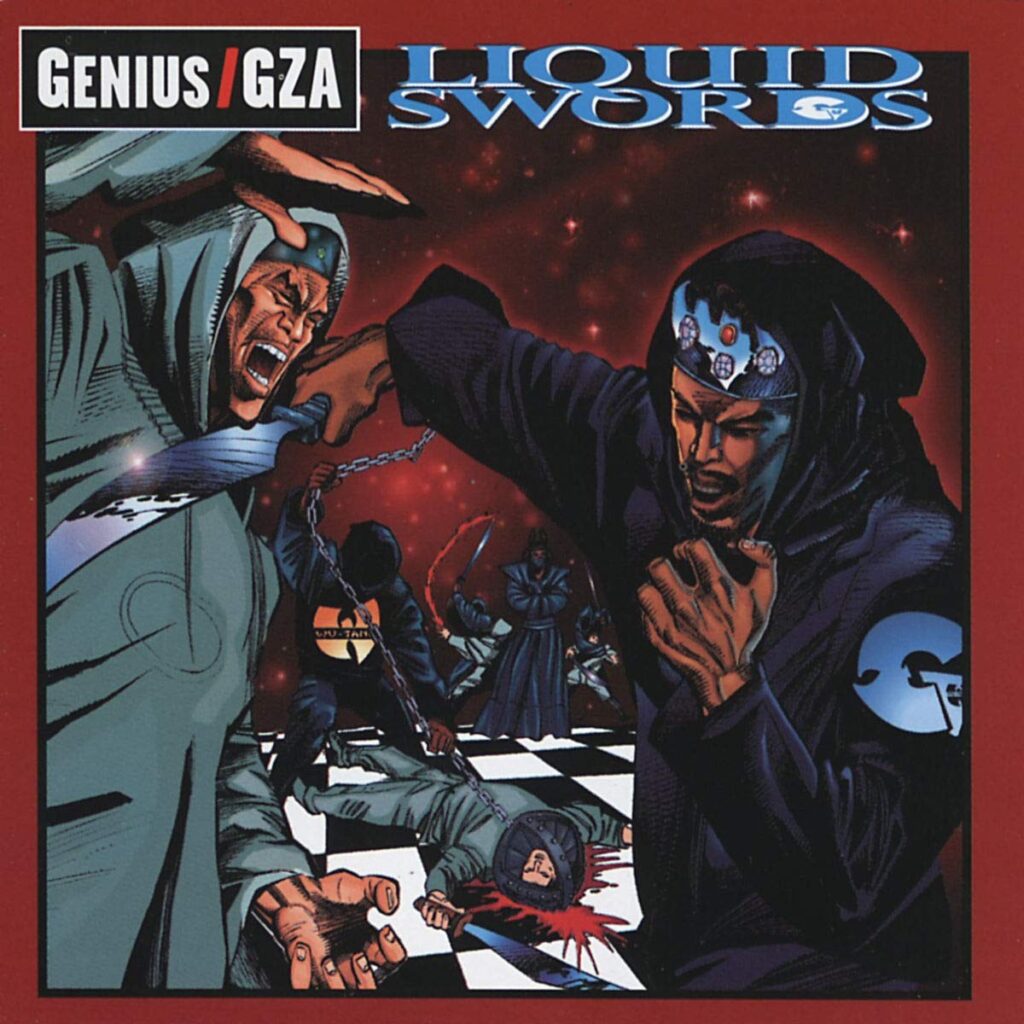 Over the pandemic, listened to tons of hip hop. I didn’t even realize how nostalgic the first Wu-Tang Clan album was. Growing up, that was always playing on the bus because I was in junior high when that was out and everybody was listening to it.

Their solo records are just, especially the first ones when they came out, they were all on fire. GZA’s flow… it makes you inspired to make your own music. I like music that feels hypnotic, where you’re never going to stop listening until it’s done.

The first concert I saw post-pandemic, was the anniversary of Liquid Swords and Raekwon Only Built 4 Cuban Linx and Ghostface Killah’s Ironman. They were all great. But at one point, GZA, just rapped some acapella — no music involved — poetry, and the whole room just erupted. It’s just amazing that, just with his voice alone, no accompaniment, the whole house was floored. They call him the genius…and he really is. 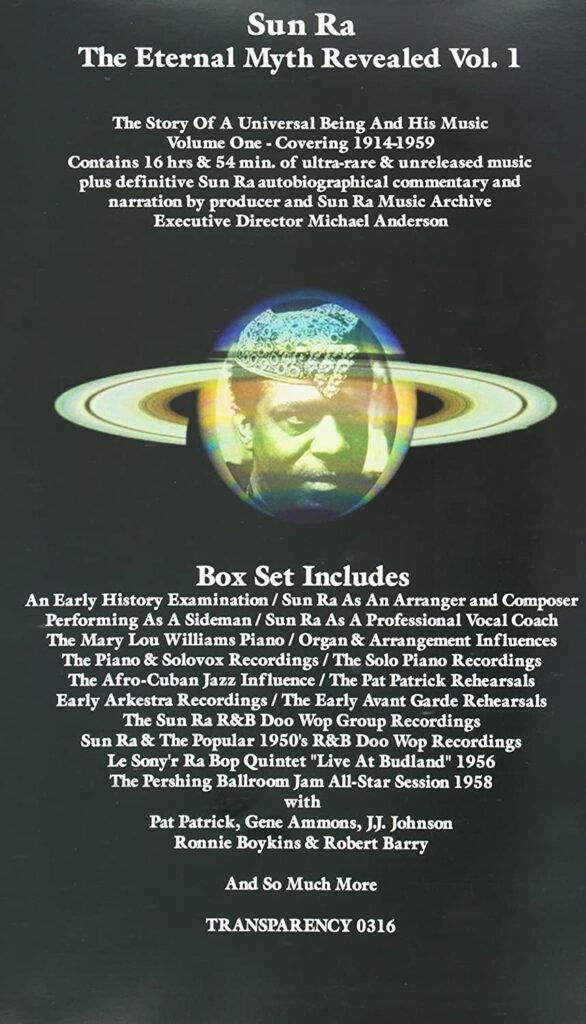 Sun Ra died in Philly. The house where he lived is right near where I live. Recently, I played The Sun Ra Arkestra, directed by Marshall Allen. Marshall Allen is now 98. It was unbelievable.

Sun Ra has such a huge catalog and he’s so influential that this is called The Eternal Myth Revealed. It’s like this box set here — it’s his early influences, early rehearsed tapes. The reason it’s so essential is because with Sun Ra, you can’t just pick one single album. It’s the way of life.

When you listen to Bob Dylan, for instance, I hear all his influences. I feel like that when I listen to Sun Ra, he’s like my God in a way. I want to know all his early influences. This is literally one of his bandmates compiles all his old influences and rehearsal tapes and things like Fletcher Henderson, who he grew up playing with, he’s a big band artist. Basically, it’s all compiled on this thing, very anally. That’s why it’s cool and it’s 14 CDs long.

He had his own label, El Saturn Records. He was the original DIY. He was a genius. 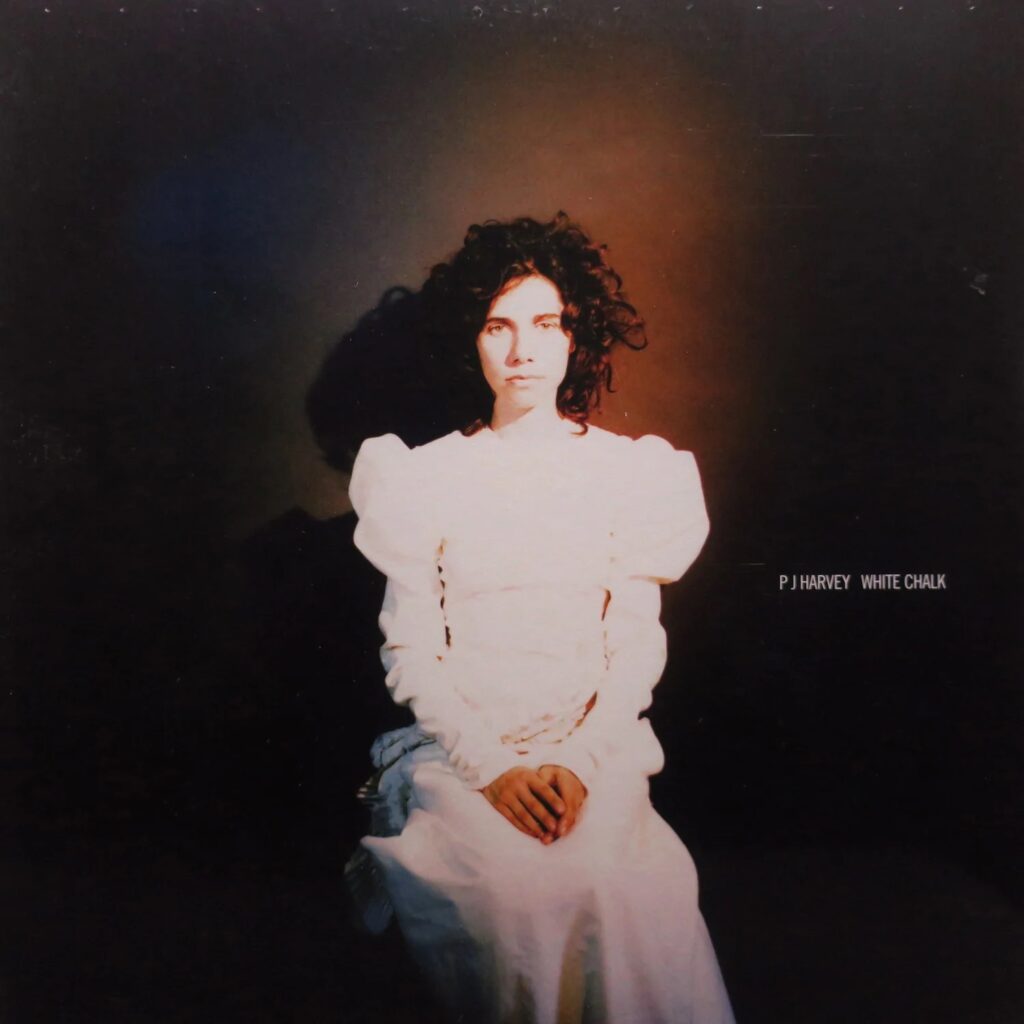 My friends were listening to PJ Harvey in the ’90s and I always liked her. I didn’t have her albums really, but then when Let England Shake came out, I had a career in music, and that album just sounds so different. The melodies really tug on you. It’s very, very deep and the fact that she picked up the saxophone, maybe she played when she was younger or maybe she picked it up and learned it, I don’t know.

I want to believe without researching at all that she played it when she was younger and she picked it back up, but I don’t know if I’m right or not. We finally saw her with that Demolitionalbum, or The Community of Hope, whatever, and all she did was play sax. Basically, by then, her sound is so different than her ’90s. Around the time I got obsessed with Let England Shake, I bought White Chalk and I didn’t really listen to it, but again, my daughters and my wife, they got really into PJ Harvey over the pandemic, in particular, and then we went back to White Chalk and it’s a very different ghostly, beautiful folk album.

I realized she made that record when she didn’t want to repeat herself. She played a lot of piano and sang completely differently and just wrote and wrote these songs until she combed it down to these 10 to 12 songs, and just the timbre of her voice and the title track, White Chalk,is this beautiful, ghostly folk song. That sort of maps when she changed her style to a degree and I feel like she’s been doing that every time since then.

Whatever she comes out with next, you’re just waiting for it, because she’s a true artist, an icon. Yes, she’s just an incredible artist and the voice is just so beautiful, but this record, in particular, is just beautiful and ghostly. I’m just waiting for what she’s going to do next.