“What can I interest you in here?” Cameron Crowe is rummaging through an upstairs nook in his Los Angeles-area home that he affectionately calls “The Vinyl Room.” As one would expect from a longstanding music obsessive whose production company is Vinyl Films, the space is stacked wall-to-wall with old-school albums arranged alphabetically.  Per request, he pulls out his seven-inch copy of Duran Duran’s “Is There Something You Should Know?” single along with his 1980s-era Madonna collection — which, he boasts, is located next to a Martika project. Then he fishes out Marvin Gaye’s seminal 1971 What’s Going On. The Motown great personally inscribed it for him.

The impressive Zoom scene is nothing if not closure on the current state of William Miller’s record collection more than a half-century after he discovered his cool older sister’s stash under her bed in Almost Famous. And all these years later, the music still sets him free.

Crowe, of course, wrote and directed the endearing rock and roll love story — in which 15-year-old journalist Miller (Patrick Fugit) comes of age in 1973 while shadowing the mid-level Midwest band Stillwater — based on his own wondrous journey in the trade. Nearing its 21st anniversary, Almost Famous remains close to the auteur’s heart thanks to a meticulously curated retro soundtrack that he’s continued to fine-tune into the present. “It’s a musical diary,” Crowe tells SPIN of his who’s-who of classic rock and folk (that includes, among others, The Who). “All these songs have a seismic effect and can make your whole day and you can just get lost in them. They all needed to be in there.” 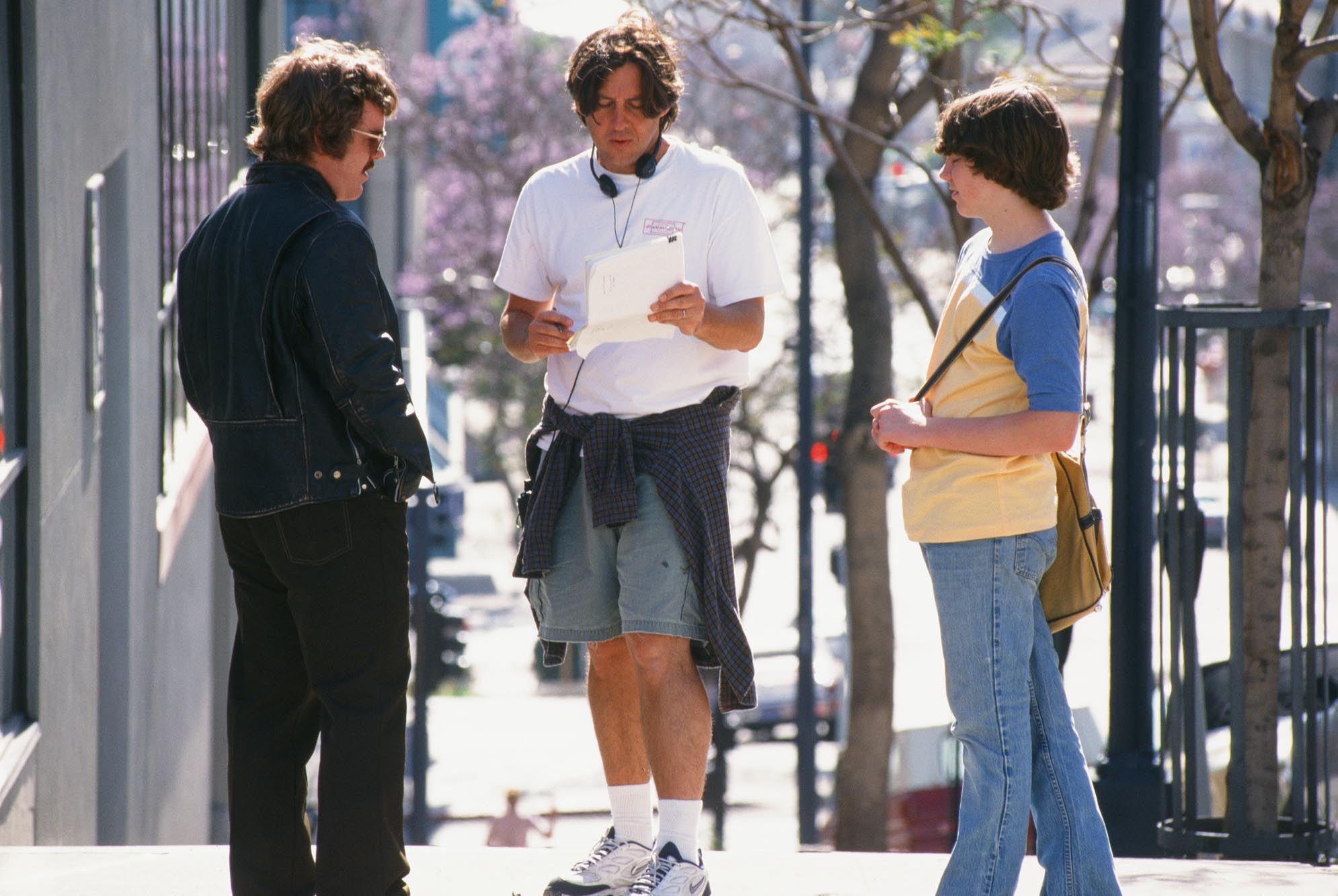 Now the soundtrack is finally getting a treatment worthy of all the Band-Aids. The opening act arrives July 9 with the release of a two-disc deluxe set, a Target-exclusive vinyl box set and a seven-song Stillwater EP. (FYI, musician and songwriter Marti Frederiksen does the vocals for onscreen lead singer Jason Lee.) The limited-edition 13-disc Uber Box set, out Aug. 20, encompasses every single audio cut in the order it’s heard in the film — from “The Chipmunk Song” to Led Zeppelin’s “Tangerine”  — plus the Nancy Wilson-created score, a Stillwater poster and concert ticket stubs, and more.

“It was so great to collaborate with the artists on this and get some of the things that we knew fans would really love,” says Greg Mariotti, Crowe’s producing partner who helped assemble the mammoth collection and secure all the artist approvals. “It really was 21 years in the making.”

Each track has a fascinating backstory. Crowe, who turns 64 on July 13, is happy to tap into his memory bank and share. The notoriously prickly Neil Young submitted an elusive live version of “Cortez the Killer” that plays after the band’s near-plane crash. (“We never knew exactly where and when it was from.”) Crowe’s friend Joni Mitchell, whom he just profiled for The Los Angeles Times, allowed the use of “River” during a close-up of Kate Hudson’s Penny Lane even though she’s “very picky about who can use her music.” The iconic tour bus sing-a-long to “Tiny Dancer”? Crowe has said that he wrote the tune into the original screenplay because it reminded him of a date he took to an Elton John concert in the 1970s. (John green-lit the cast rendition for the Uber Box.) 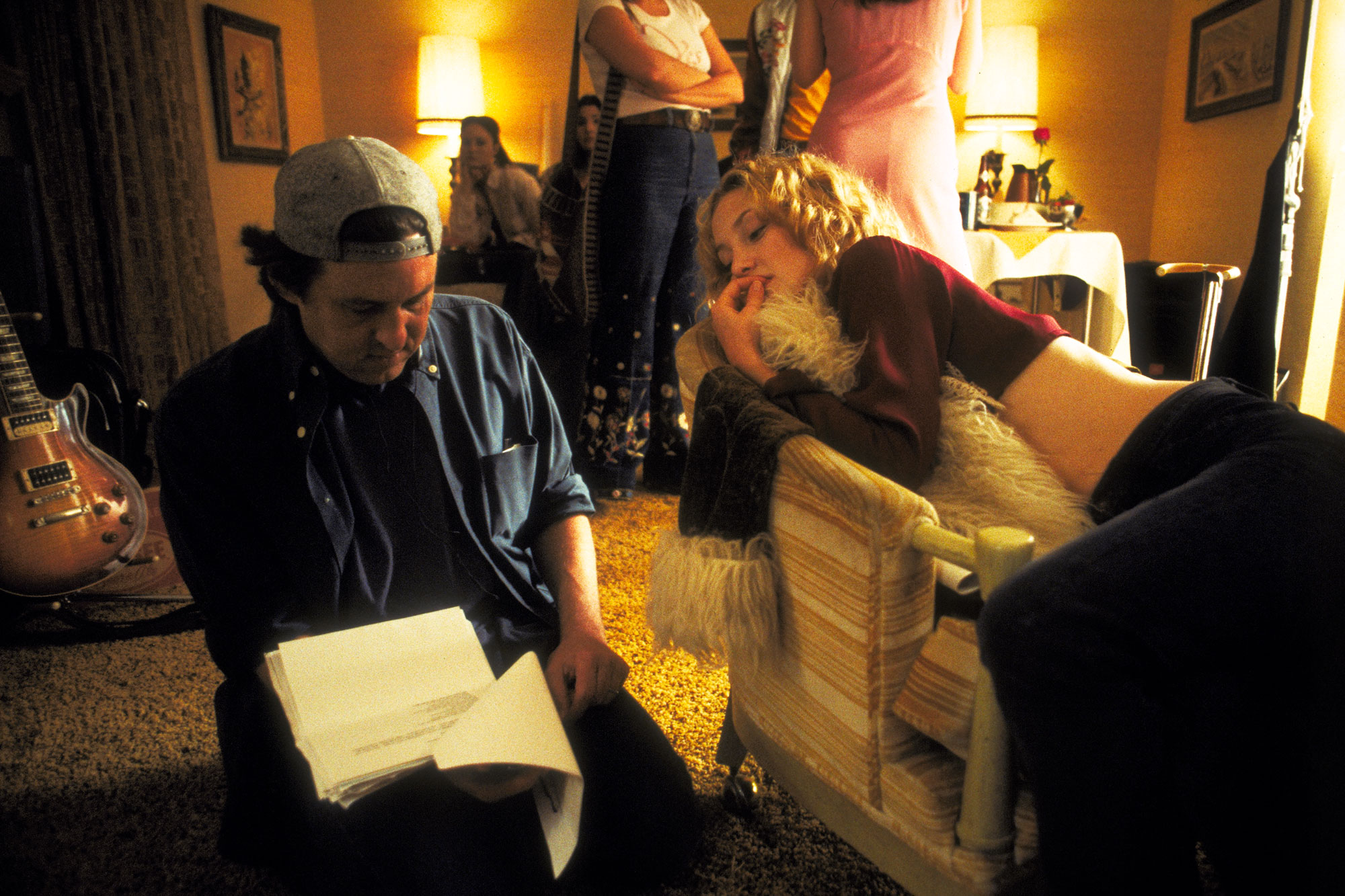 But that’s not his favorite music drop. Interestingly, Crowe is most fond of Todd Rundgren’s “It Wouldn’t Have Made Any Difference” in the San Diego diner scene where Creem editor Lester Bangs (Philip Seymour Hoffman) implores young William to avoid being friends with the rock stars and tosses out his first assignment. “I was a really big Todd fan then and I could relate to being the underdog guy with romance in his heart,” he explains. “I figured if I’m going to fall off a cliff with this movie, at least I have a song in it that means something to me.”

In 1999, Crowe took an early cut of the film to England to show Robert Plant and Jimmy Page in the hopes that the ultra-selective rock titans would sign off on “Tangerine, “Misty Mountain Hop” “That’s the Way” and “Stairway to Heaven.” Here’s the Crowe recollection: “Robert said, ‘I have a bottle of Quaaludes that’s been sitting on a shelf for decades and I think I’m going to take one because that movie really took me back.’”

The trio then ducked into a nearby wine bar to hash out the details. The former Led Zeppelin members ixnayed “Stairway” because of its cultural oversaturation but approved the others. Page even offered to contribute the poignant acoustic track ‘Bron-Yr-Aur’ for free.

“He said, ‘This gives a little more of what we’re about because we’re not just a hard-rock band,’” Crowe says. “That music really gave the film texture.” Fans can see Frances McDormand’s hard-lined teacher character suffer through “Stairway to Heaven” in its cacophonous entirety in a deleted scene on YouTube.

The original 71-minute Almost Famous soundtrack, released Sept. 12, 2000, with exactly one Zeppelin track, was certified gold with more than 500,000 copies sold in the United States alone. Weeks before taking home the Oscar for Best Original Screenplay in 2001, Crowe won the inaugural Grammy Award for Best Compilation Soundtrack Album. It remains his favorite musical compilation (though he has a soft spot for 1989’s Say Anything as well. . . and not just because of “In Your Eyes”).

Crowe proclaims that the success wouldn’t be possible without the help of Wilson, his former wife and veteran Heart rocker who supplied the score as well as the original Stillwater sound. “She and her sister [Ann] are aficionados of the 1970s, so if I told her I wanted somebody who could sound like Simon and Garfunkel and Pete Townsend acoustic, she’d stand in the kitchen and just play a cue,” he recalls. “The stuff was magical.” Crowe adds that when Steven Spielberg, a partner of studio distributor Dreamworks SKG, requested rough footage, he selected a scene featuring her strumming. “He said ‘What’s that music? And I said that’s ‘Cabin in the Air’ by Nancy Wilson,’” he says. Spielberg gave the film his blessing and told him to finish it.

Cut to 2021, and Crowe still hasn’t called it a wrap. Aside from the “heartfelt fan souvenir” that is the epic soundtrack, the Almost Famous musical — for which he wrote the book — played to sold-out crowds in San Diego during the pre-pandemic days of 2019. He’s aiming for a 2022 debut on Broadway. “It’s not a jukebox thing,” he insists. “There’s a lot of original music, but it’s got the beautiful emotional spirit of the story of the movie.” He’s also polishing up a screenplay for “a movie that you would go into a theater and see.”

And if he ever gets lonely, he can just go upstairs and visit his friends.