The single is from "Dark Nights: Death Metal Soundtrack," which arrives June 18 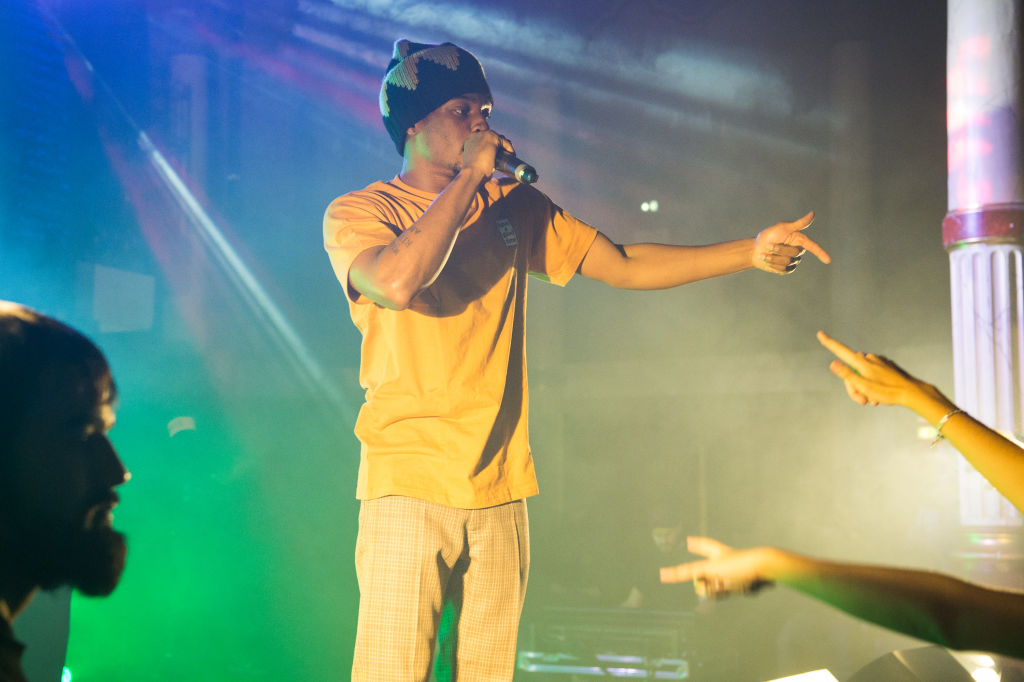 “I was in the studio one day with Zay (Playthatboizay) and Kwesi (Kwes Darko), and Zay had this idea to do a rock record,” Curry said in a statement. “At first, I wasn’t really with it, my fans been wanting me to try it for a while but I honestly don’t want to be looked at as ‘the rock guy’ or be put in a box for my art, you know?

“I have this motto that I use in the studio, though, of ‘shoot first, ask questions later,’ so after a few convos we called up my homie Spencer from Trash Talk and made it happen,” he continued. “Some of you might love it and some might even hate it. For us, it was an experiment.”

On the Dark Nights: Death Metal Soundtrack,  producer Tyler Bates (“Guardians of the Galaxy,” “Watchmen,” “John Wick”). unites an array of artists across various genres—including HEALTH, Soccer Mommy, IDLES, and Manchester Orchestra—forming his own musical super crew to create a first-of-its-kind companion piece of original music, which adds a further dimension to the acclaimed series.

The soundtrack is out on June 18 and is available for pre-order now.