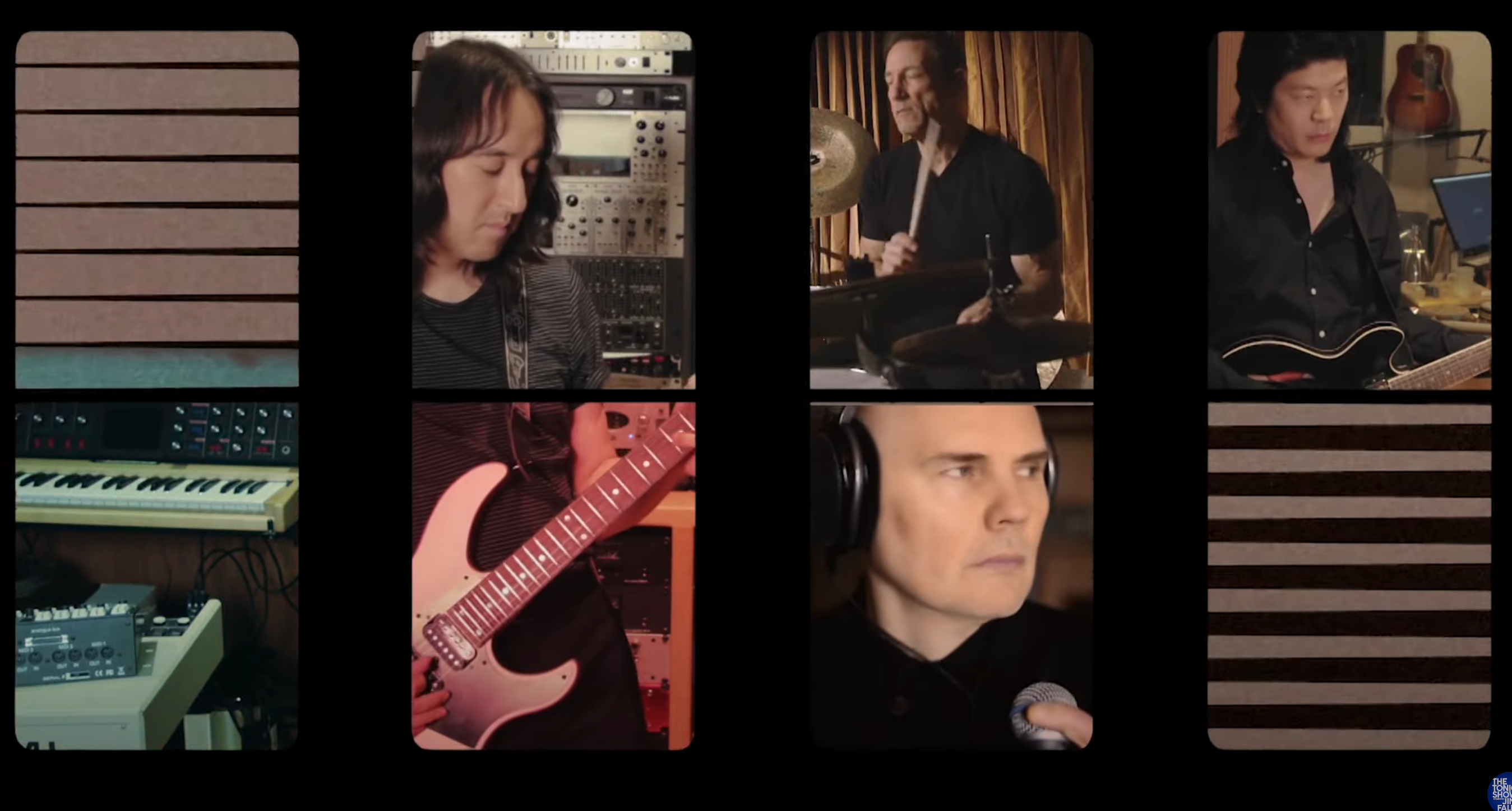 Smashing Pumpkins’ double album CYR was released last Friday. Billy Corgan has been making the interview rounds, but last night on Late Night with Jimmy Fallon, the band played the title track for the first time in a “live” setting. By live, we mean a socially-distanced performance where Corgan, James Iha, Jimmy Chamberlain and Jeff Schroeder join forces through the magic of some pre-recorded method.

You can watch that below.

In addition to the release of CYR, the Pumpkins have some big plans upcoming. In October, the band’s seminal Mellon Collie and the Infinite Sadness turned 25. In conjunction with that, Corgan and company dropped some pretty big news that they’ve got a 33-song sequel to the album and MACHINA in the works. That record is slated to be released late next year. They also said that they’d be touring behind that release and presumably CYR in 2021 — or at this rate, when large-scale touring is permitted.