The President made the mistake while introducing Pump as "One of the big superstars of the world." 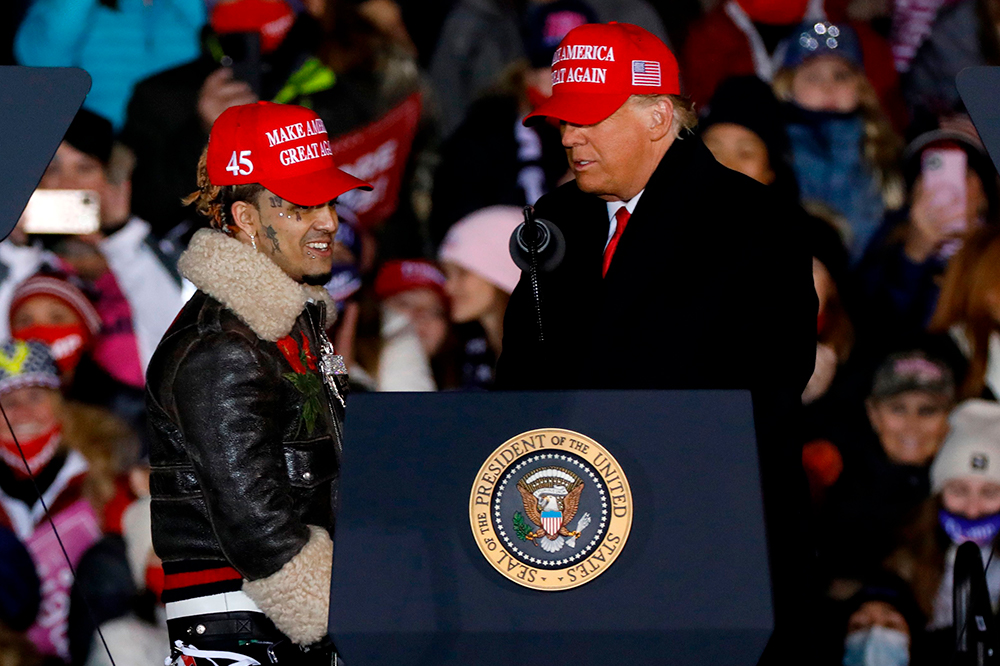 When Donald Trump brought Lil Pump to the stage at his pre-election rally last night (Nov. 2), it wasn’t exactly done with the utmost accuracy.

“Speaking of music and other things, one of the big superstars of the world — Lil Pimp!” Trump said with a chuckle as Lil Pump walked on the stage with a bright red MAGA hat on.

Pump looked on unfazed and thanked Trump by saying, “I want to say, Mr. President, thank you for everything you’ve done for the country. You brought the troops home, and you’re doing the right thing. MAGA 20, 20, 20. Don’t forget that.”

While many artists have banned Trump from using their music at his public gatherings on the campaign trail, Lil Pump has doubled down on his support for Trump following Biden’s tax proposal that would increase taxes on those making more than $400,000.

See images of Lil Pump’s visit to the Trump rally below.