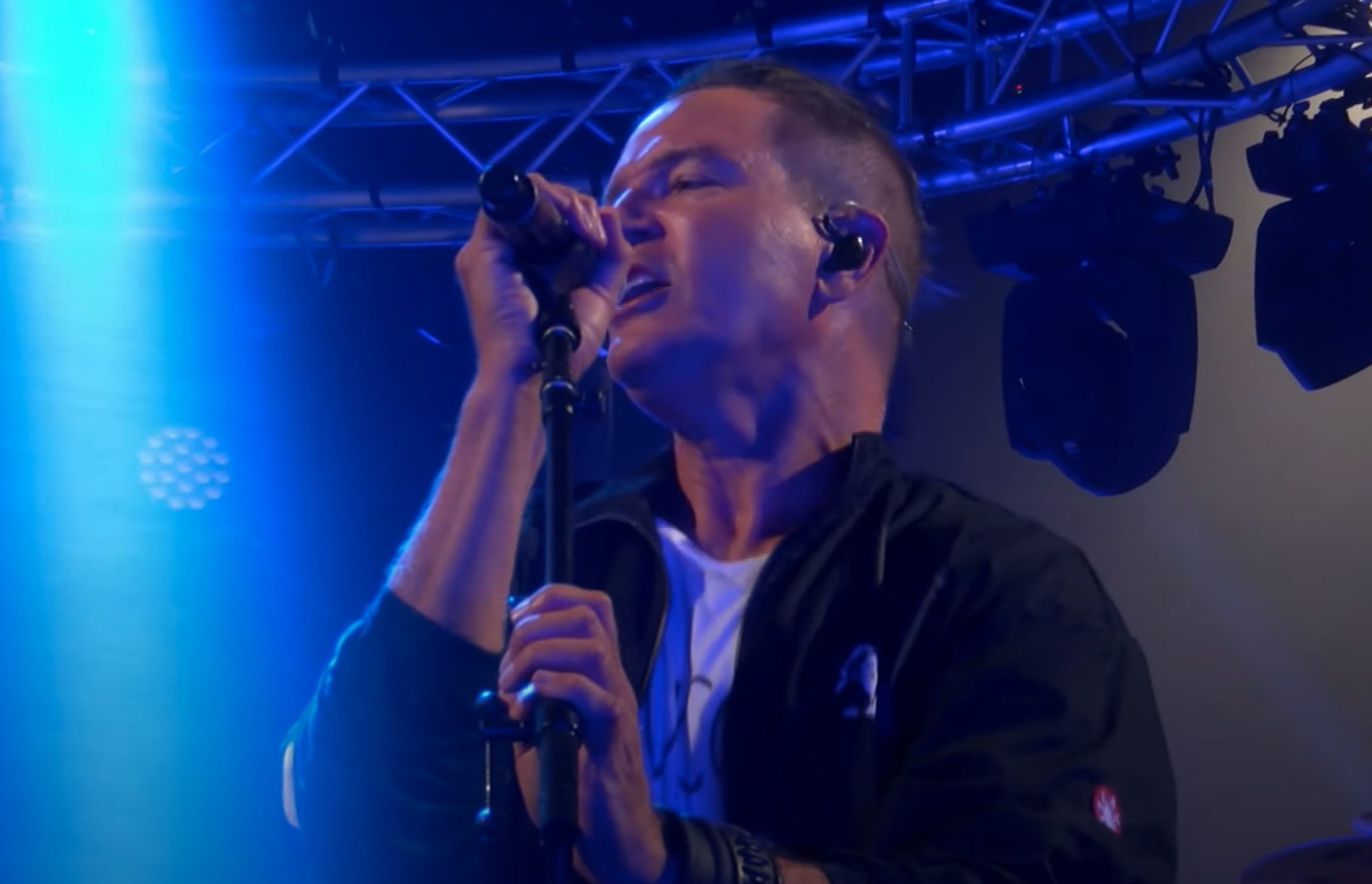 When Eddie Van Halen died on Oct. 6, tributes flew in from just about everywhere. But one of the many things that has put a damper on 2020 (beyond the million other obvious ones) is that with the few live shows taking place, a slew of proper, fiery cover versions of Van Halen songs hasn’t really happened.

At their socially-distanced show in Southern California last night, Third Eye Blind performed what seems to be the first live tribute to the guitar legend. The band opened up their show (which featured folks watching from their cars) with a version of “Ain’t Talkin’ ‘Bout Love” from VH’s self-titled 1978 debut.

It’s pretty standard as compared to the original, but nonetheless, it’s a solid tribute done by Stephan Jenkins and company.