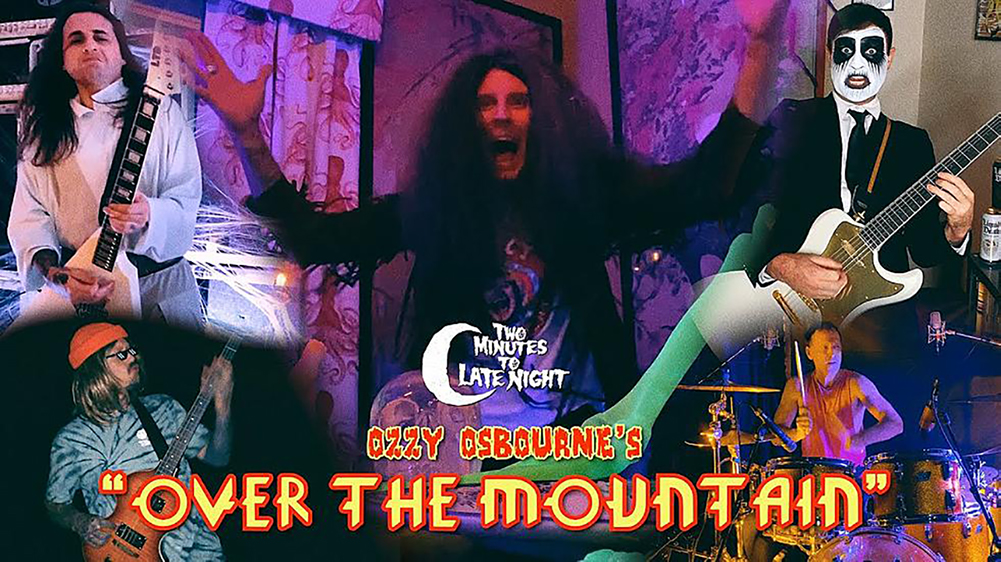 The band tosses in a moment of Black  Sabbath’s titular “Black Sabbath” to up the spookiness in the tune, plus, for more Halloween-ness, there’s a background of a costume store, and Dailor, in further homage to the Prince of Darkness, bit the head of a plush bat.

Support the show on Patreon to keep the cool covers coming.