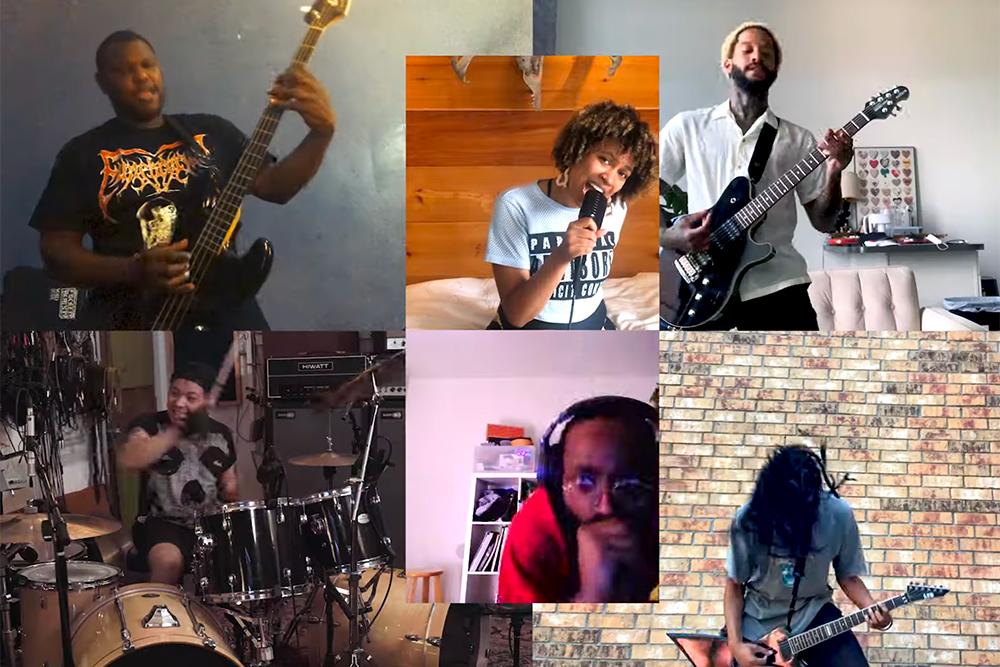 Jordan Olds, host of Two Minutes to Late Night, dropped an explosive new cover. But unlike his previous collaborations, Olds took a step down from this one and handed the space over to musicians of color, who covered Rage Against the Machine’s 1992 protest song “Killing in the Name.”

“Frick you, I won’t do what you tell me! We made a thrash metal cover of Rage Against the Machine and based on the subject matter of the song we wanted to feature only non-white performers. Defund the police,” said a caption on the video.

Okay but seriously this is THE BEST ONE WE’RE GONNA DO. Check out @yoeaves, @aaronheard_, @izzyfontaine, @trey_pemberton, @st33vis, @rahnotrob, and @chrisenriquezdrums covering Rage like it’s “Raining Blood” by Slayer. Also, If I “Lost you with this one” I will not grant a single fuck and I SHANT be fucking with you any longer!!!! Honorableswords.com #blm #defundthepolice

While they stay pretty true to the cover, Heard brings his own flair to the lead vocals, and Miss Eaves adds her own must-hear verse.

Watch members of Jesus Piece, Fever333, Creeping Death and Fucked & Bound cover Rage Against the Machine’s “Killing in the Name.”