Watch the latest from 'Two Minutes to Late Night' below 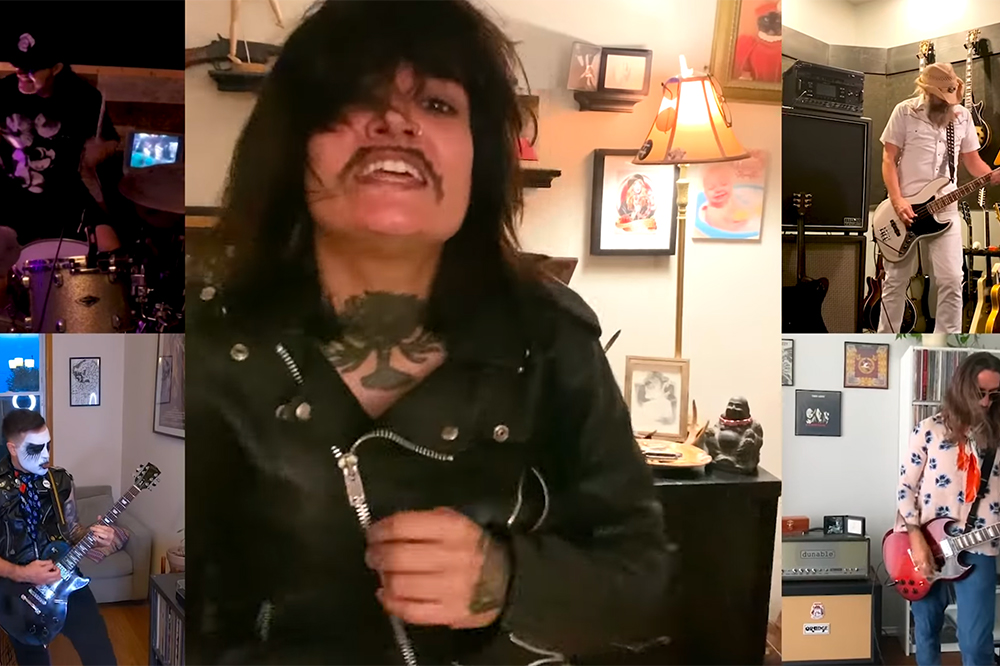 Two Minutes to Late Night closed out Labor Day Weekend with an unexpected cover of Robyn’s “Ever Again,” off her 2018 LP, Honey.

Drawing inspiration from Thin Lizzy, 2M2LN host Jordan Olds, aka Gwarsenio Hall, took on guitar duties, bringing in Nate Garrett of Spirit Adrift, Troy Sanders (Mastodon, Killer Be Killed and Gone Is Gone) on bass and Ben Koller (Killer Be Killed, Converge, Mutoid Man and All Pigs Must Die), who took his place at the drumkit. Royal Thunder’s Mlny Parsonz returns with “another fake mustache” as the cover’s singer.

“Call your girlfriend, the boys are back in town! We covered Robyn as if it were a Thin Lizzy song and Mlny’s back with another fake mustache,” Two Minutes to Late Night captioned the video.

Two Minutes to Late Night has done a number of other notable covers, including Rush’s “Anthem,” Guns N’ Roses’ “Rocket Queen,” The Replacements’ “Kids Don’t Follow” and Rage Against the Machine’s “Killing in the Name.”

If you’re a big fan of the show, they’re encouraging fans to donate to Honorableswords.com to continue the project and also to raise funds for those who’ve participated in the series.

Watch the latest installment of Two Minutes to Late Night below.