In the latest episode of 'Two Minutes to Late Night,' they take on the Replacements' "Kids Don't Follow" 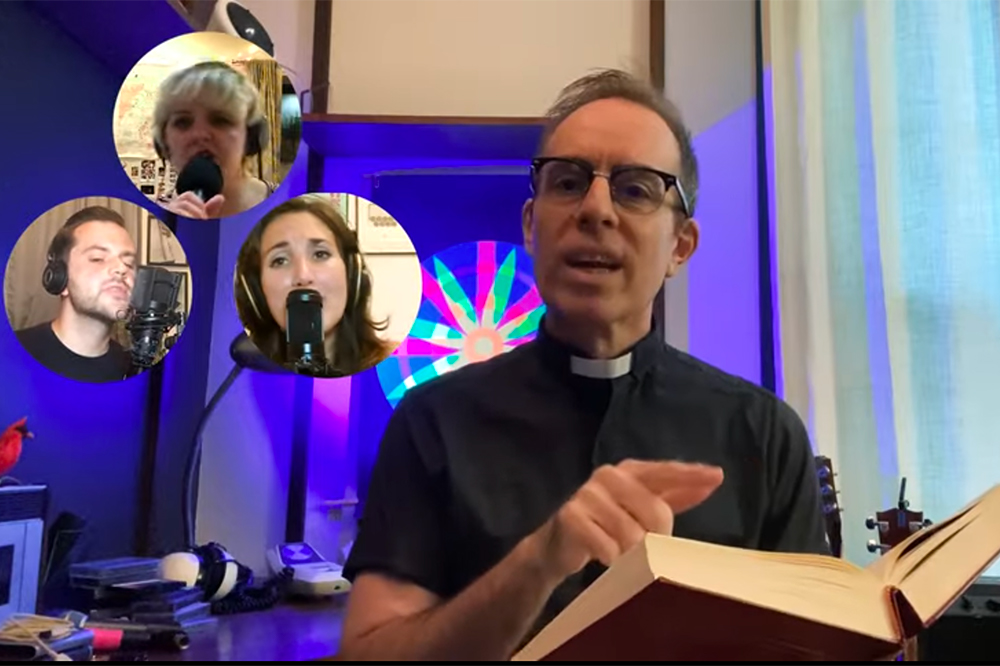 If there’s anyone who knows how to get a group of musicians (in different places) to play an elaborately crafted cover, it’s Jordan Olds.

And in his latest edition of Two Minutes to Late Night, he recruited Ted Leo to lead a cover of the Replacements’ “Kids Don’t Follow,” off their 1982 EP Stink.

Dressed as a priest, Leo is joined by a powerhouse set of other musicians, including guitarist Zach Blair of Rise Against and former member of Hagfish and Gwar, bassist Nate Newton (Converge and Cave In and Doomriders and Old Man Gloom), drummer Thomas Cantwell (Gouge Away and Hesitation Wounds). Backup vocals include Long Neck’s Lily Mastrodimos along with Answering Machine’s J.D. Fetcho and Samantha Campanile. Olds also joins (as per usual) in his Gwarsenio Hall persona with his guitar.

Two Minutes to Late Night, which is based out of Saint Vitus in Brooklyn, previously put out a few other epic sets including Guns N’ Roses’ “Rock Queen,” featuring Sleigh Bells’ Alexis Krauss and Rush’s “Anthem,” covered by members of Mastodon, Tool, Primus and Coheed and Cambria.