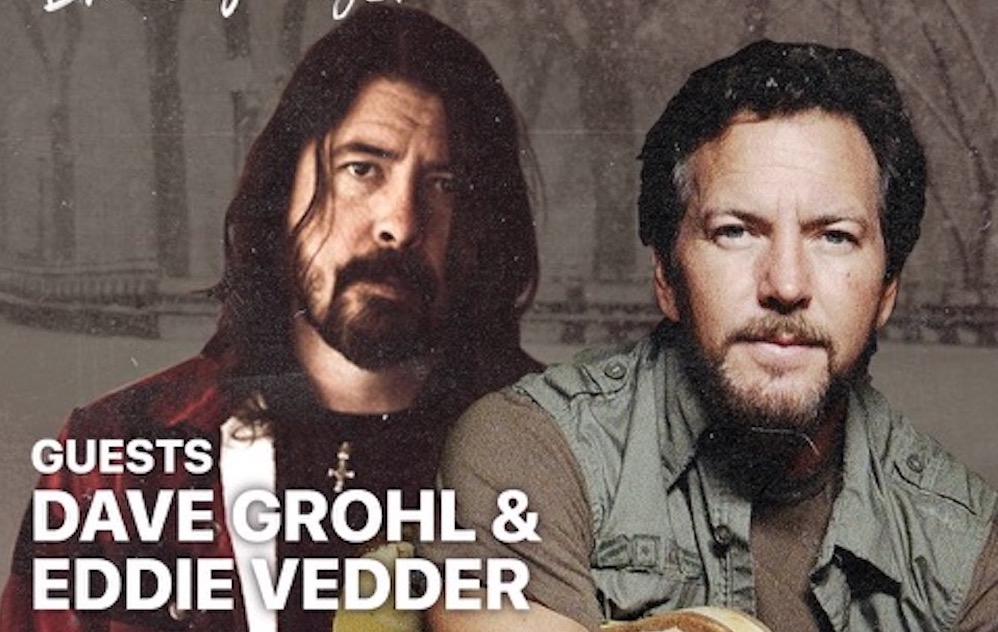 When Bruce Springsteen’s Letter to You Radio was first announced by Apple Music, it was effectively guaranteed that the show’s guests would be a who’s who of rock history. Today, that lineup happened to feature Eddie Vedder and Dave Grohl to chat about Pearl Jam, Nirvana, Foo Fighters, and a whole lot more.

The conversation jumped flowed through topics like personal and musical growth, the art of the demo, rising to musical fame, and the brotherhood among bands.

“What was the difference between making that journey with Nirvana and making it with the Foo Fighters?” Springsteen asked Grohl at one point.

“Well, probably just like you, I would imagine, you start playing music when you’re young, because something catches your heart, right?” Grohl answered. “And for me personally, it was the Beatles. And I never imagined that I could be a Beatle. I never imagined that I could be one of the rockstars that I had in my record collection, or on posters on my wall. I just thought, to me, it was this puzzle. There was something about the puzzle of harmony, and composition, and arrangement. And I was obsessed with this idea that multiple instruments could create something emotional, or something that could make you feel. And that’s when I was like, eight or nine years old.”

Check out some other highlights in the clips below, and stream the entirety of “Letter to You Radio” through Apple Music.

Read our review of Letter to You here.