From Tricky to Thom Yorke, Mark Lanegan to Marianne Faithfull 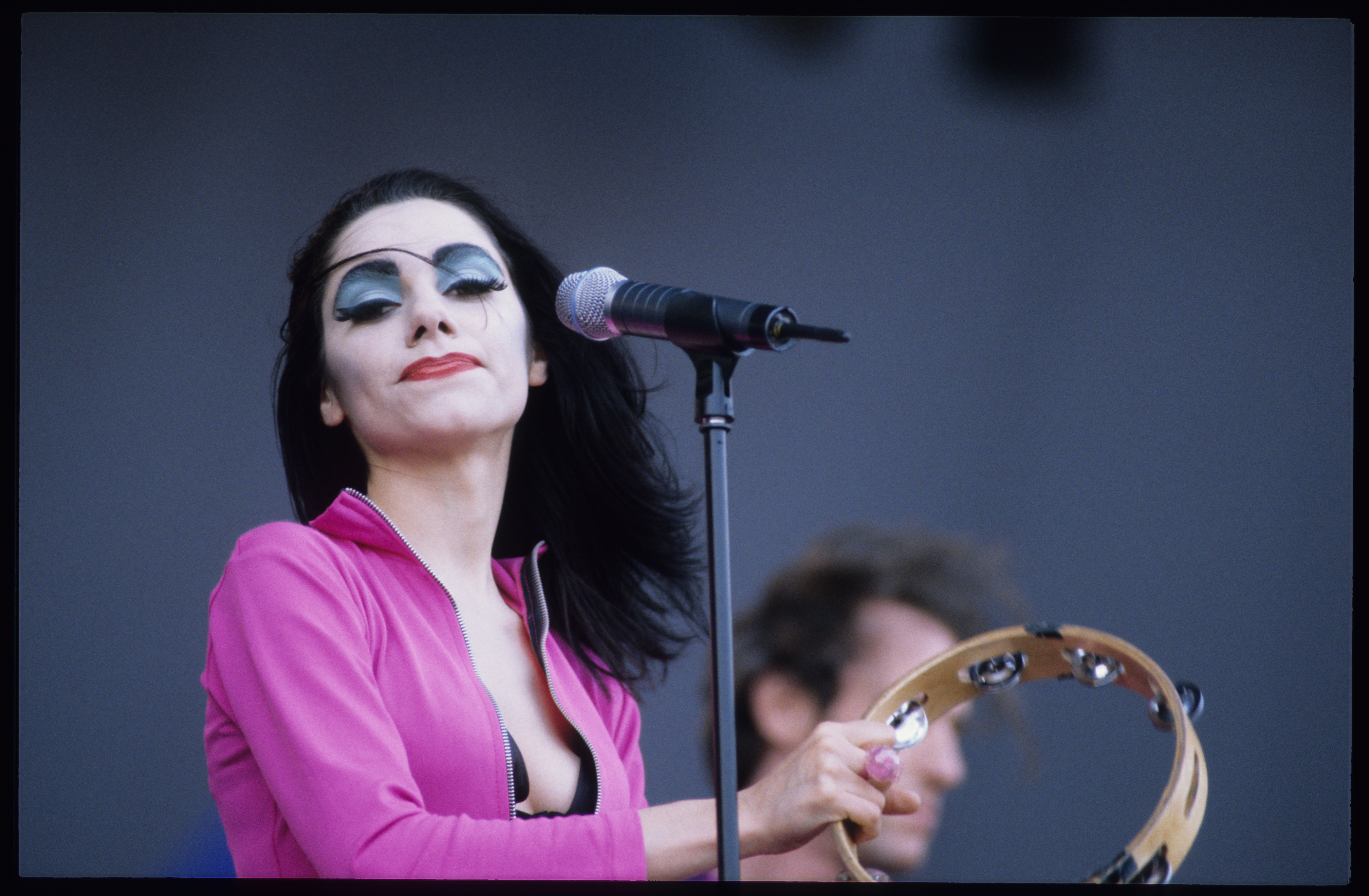 Since debuting with her ferocious 1992 LP, Dry, U.K. singer/songwriter Polly Jean Harvey has only moved in one direction: forward.

She’s never made the same album twice, instead choosing to conquer unexplored terrain — whether it’s the gritty punk-blues of 1993’s Rid of Me, the understated ballads of 2007’s White Chalk or the World War I-inspired narratives of 2011’s Let England Shake. She’s capable of writing beautiful melodies, but she’s also never hesitated to get her hands dirty — often employing grimy textures or lo-fi sounds in order to draw out immediacy and intensity.

Harvey’s collaborated with numerous artists throughout her career — sharing a like-minded ambition, if not always a similar aesthetic. She’s appeared on dusty country-folk interpretations of classic punk songs, co-written songs for art-rock legends, and even tackled a vintage torch song with a frequent musical partner. Interestingly enough, Harvey rarely features marquee guest artists on her own albums. (There is one exception to that rule, however, and it’s a pretty big one.)

Earlier this year, Harvey launched a reissue campaign that will see all of her albums released on vinyl, along with previously unreleased demo recordings for each. To coincide with the new package for her iconic 1995 album, To Bring You My Love, out September 11, here are 10 of her best collaborations.

Short-lived London post-rock group Moonshake didn’t make a large commercial impact in their six years together, though their personnel in that span is something like Six-Degrees-of-British-Indie, with various members eventually making their way into bands like Laika, Stereolab and Spiritualized. For a brief time they were labelmates with Harvey, who shows up on this wonky piece of deconstructed trip-hop. An obscure deep cut from early on in Harvey’s career, 1994’s “Just A Working Girl” finds Moonshake vocalist David Callahan describing the various clients of a prostitute (“A fishmonger who hasn’t washed for a week… A headmaster with a Polaroid and a pleated uniform”). In its brief moments of climax, he hands off the refrain to Harvey, who brings a sense of pathos to the title figure: “Just a working girl / Schemes and missed appointments / Just a working girl / Dreams and disappointments.”

Giant Sand’s 2002 album Cover Magazine finds the veteran Tucson alt-country group exploring their influences, from logical inspirations such as Marty Robbins’ “El Paso” and folk song “Wayfaring Stranger” to more surprising covers like Goldfrapp’s “Human” and “Lovely Head.” For their haunting, stripped-down take on X’s punkabilly rape story “Johnny Hit and Run Paulene,” Harvey plays Exene to Howe Gelb’s John Doe. Removed from its upbeat rock ‘n’ roll context, the song grows more sinister, lending a greater sense of terror to the predatory narrative. But it’s Harvey’s own ghostly backing vocals, caked in reverb, that take the song from dark to truly unsettling. That’s not the only Harvey-related moment here, either: Later on that same album, Gelb and company offer their own version of “Plants and Rags” from Harvey’s debut album, Dry.

There isn’t an obvious unifying quality to Harvey’s collaborators, though she seems to prefer those whose badassery matches her own. In 2004, Harvey lent her vocals to “Hit the City,” a gritty standout from the sixth album by the sandpaper-voiced Mark Lanegan, former vocalist of Screaming Trees and contributor to Queens of the Stone Age. The track’s rowdy, punk-blues sound is a natural fit for Harvey: Its simple but scorching arrangement recalls Rid of Me, while her voice provides a harmonic counterpoint to Lanegan’s smoky leads.

7. “No Child of Mine” (with Marianne Faithfull)

On 2005’s Before the Poison, iconic singer Marianne Faithfull enlisted an incredible team of collaborative songwriters, including Nick Cave and Blur’s Damon Albarn. Harvey wrote or co-wrote five of the album’s tracks, among them this haunting dirge of spectral, gothic piano twinkles and sing-speak verses, with Harvey and Faithfull harmonizing on the chorus. Stylistically it shares a lot in common with the eerier tracks from 1998’s Is This Desire? and 2007’s White Chalk, though curiously Harvey saved only the upbeat, major key coda — performed solo — for her 2004 album, Uh Huh Her.

Sparklehorse’s Mark Linkous showcased a strong Harvey influence on songs like 1998’s “Pig.” So three years later, she returned the favor with an appearance on “Piano Fire,” a melancholy standout from 2001’s It’s a Wonderful Life. Despite the lo-fi production and dense layers of fuzz, a deliberate production aesthetic that set Linkous apart from many of his peers, Harvey’s voice cuts through the distortion — merging with his in stunning harmony.