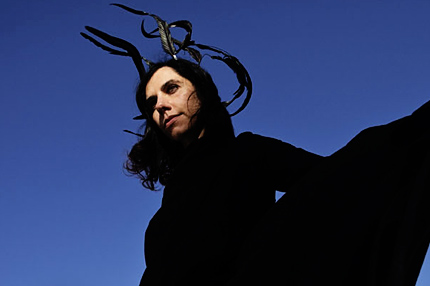 On her eighth studio album, Let England Shake, Polly Jean Harvey deepens her usually meticulous and tense rock’n’roll into something more vital and visceral — it’s one of her strongest efforts yet, and one of 2011’s best so far. Now it’s streaming in full over at NPR; click here to listen.

The album, which earned a 9-out-of-10 rating in the new issue of SPIN, is Harvey’s “most pop-friendly record since 2000’s Stories from the City, Stories from the Sea,” says reviewer Amanda Petrusich, but it also takes a somewhat political stance. Loosely referencing a 1915 invasion by a joint force of British and French against the Ottoman Empire, Shake explores the impact of war on the human spirit.

Read SPIN’s review here, listen to the album, and tell us what you think in the comments.