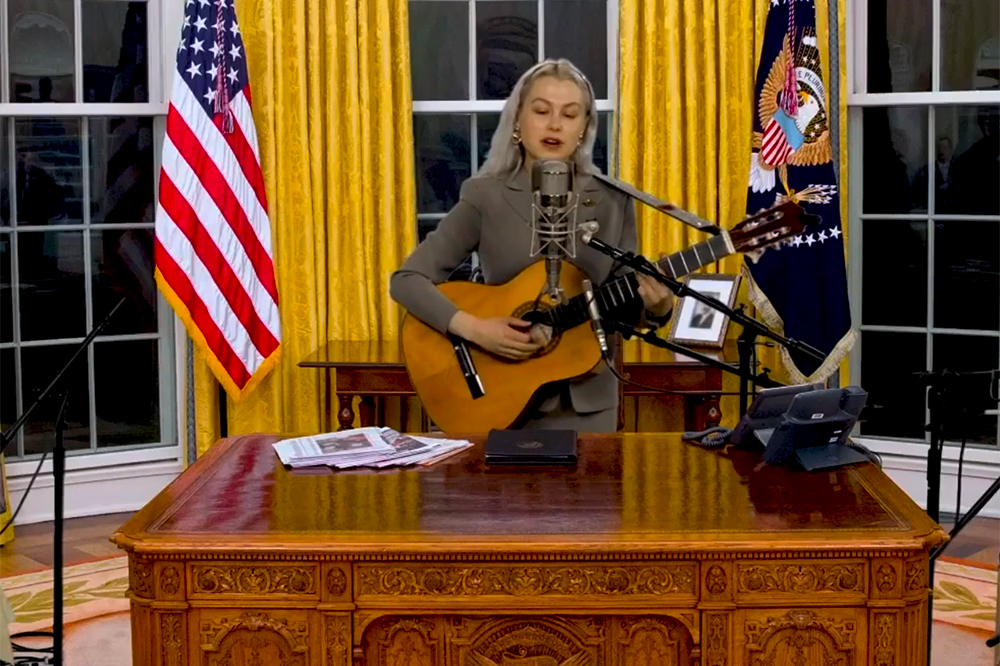 Ever wonder what it would look like to have a female president in the White House?

Bridgers swapped her iconic skeleton onesie for a suit and played her set positioned in front of the iconic Resolute desk. Meanwhile, her band was dressed in the signature Secret Service uniforms of a black suit and tie, a white button-down shirt, and shades.

They performed “Kyoto,” “Moon Song” and “I Know the End.”

Similar to the break in the “I Know the End” video, there’s a bit of a switch in this performance that reveals that the band was standing in front of a green screen. After Bridgers switches guitars, clips of fans singing “The end is near” and a long-drawn shriek at the end of the song pop up on the screen.

Bridgers isn’t the first to take Tiny Desk to another level. Last month, Billie Eilish and Finneas performed in front of a recreation of the show’s HQ.

Phoebe Bridgers Makes Her Escape on ‘I Know the End’ Video