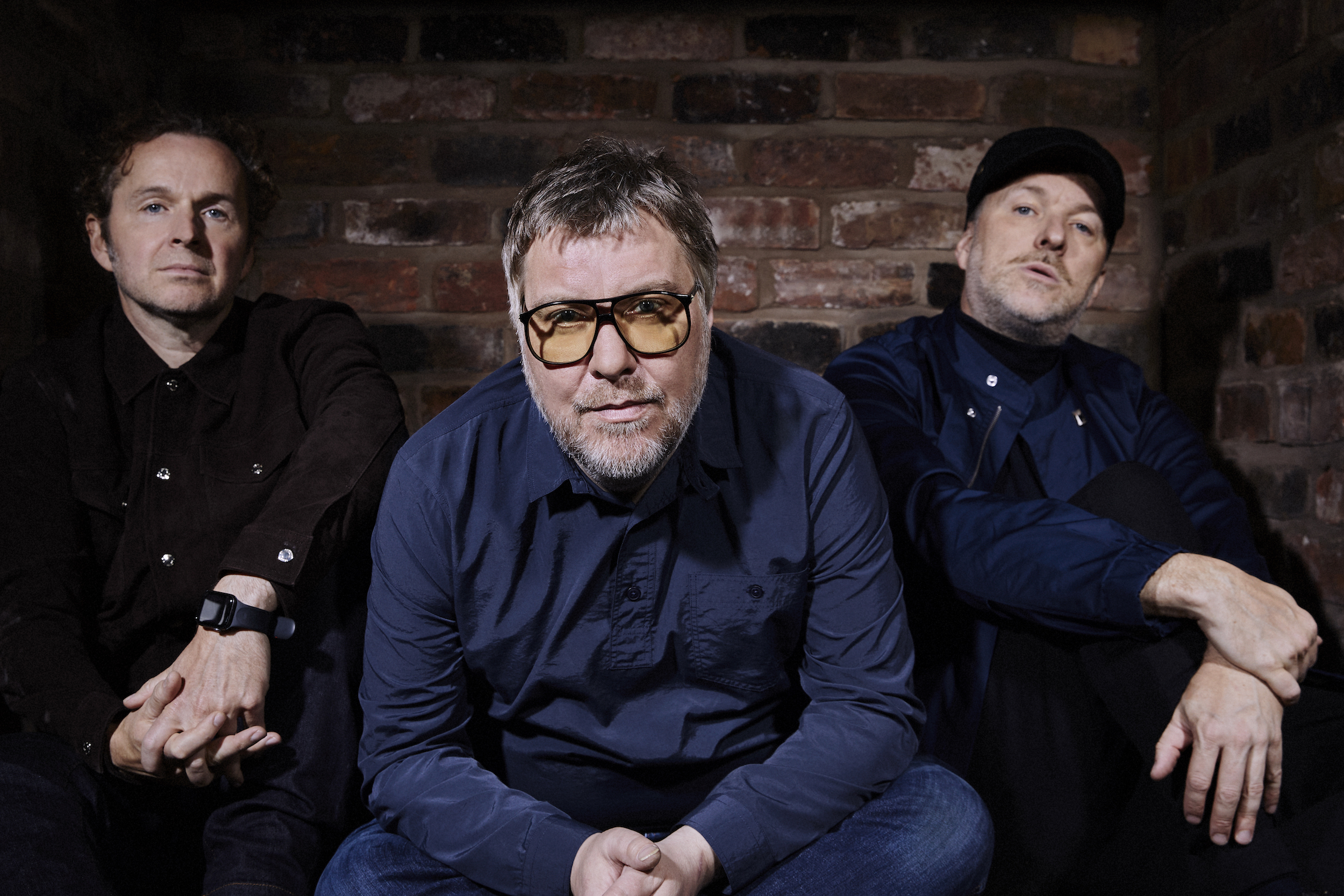 Manchester, UK is established as one of the leading cities for legendary musical talent: Joy Division, The Smiths, New Order, Stone Roses, Oasis. They’re known for their iconic songs as much as their acrimonious inner-band relationships.

Then there are Doves. Much like the name implies, the cooing trio of Jimi Goodwin (vocals/bass) and twins Andy (drummer) and Jez Williams (guitar) go against the grain of what’s generally been experienced with contentious Manchester area artists. The three have been making music together since the early ‘90s, first as the dance act, Sub Sub, which around the turn of the century morphed into its indie counterpart as Doves.

Doves took a break after their fourth album, 2009’s Kingdom of Rust, but did so with no internal conflicts that have marred their Mancunian peers. They remained agreeable and affable, leaving fans with no identifiable reason why the trio wasn’t pushing forward.

Then, in 2019, Doves triumphantly returned to the stage at the Royal Albert Hall in London, for the first time in almost a decade, for the Teenage Cancer Trust. A year and a half later, there is a new album, The Universal Want, and no indication of any quarrels that lead to such a protracted absence. Instead, The Universal Want, whose title is a reference to desire versus need, which is the loose, overarching theme of the album, is classic Doves.

Involuntarily getting caught up in fans’ excitement about new music from Doves, Goodwin speaks to SPIN about the return of the group at an unprecedented time in history where he says, “If I stop to think about it, my brain melts.”

SPIN: What happened 10 years ago that put a temporary stop to Doves?
Jimi Goodwin: We had just done loads of touring, again. It was 12 years of our life — the better part of 20 if you count Sub Sub. We needed a break. We are a band that doesn’t really argue and throw things around. We each keep our own counsel. Looking back, maybe we should have had more rows. No one expected it to take that long. It’s crackers the amount of time that’s passed. We weren’t split up on purpose. We raised families and other things occupied us.

What brought you back together?
It was dead natural. After having a meal together and just hanging out, to getting into a room together, there’s been no second-guessing each other. And if anyone wasn’t feeling it that week, you’d ring in and say, “My boiler’s broke, I’m not coming in.” Years ago, you had to be in the studio. It was an unsaid rule. You had to put the hours in. Looking back, maybe it bred a bit of resentment—just mild resentment toward each other—also, just being sick of the sight of each other.

The album is a continuation of the classic Doves sound, which is not necessarily the expectation when a band hasn’t been around for a long while.
That’s really heartening to hear. It’s good that we’ve not fallen into the category of, “Just see them live and no one’s bothered about anything that they do musically, we just want to hear past stuff.” To hear that people are genuinely amped up for the release of new music, it honestly is heartening.

You started working on the album in 2017. Did it take three years to finish?
It sounds longer than it actually was. There was quite a bit of time off in between sessions. We each brought in some songs to kickstart the writing. We had a couple of loose ends to look back on and a few tracks we wrote together, which is always great, having completely new stuff to go at. It wasn’t just looking through the archives and what didn’t we finish. There was a freshness to it as well.

It doesn’t seem like Doves feels the need to engage with social justice issues on your social media the way some artists feel obligated to do out of an unspoken fear of being canceled if they don’t.
The word “canceled” makes me just violent. I post certain things on my own Twitter or I might retweet or like something, but are you really engaging if you do that? Personally, I don’t think the band’s space is a platform for that. If someone came to us with a charitable idea, we’d consider certain things.

It feels like there is an equal amount of unspoken fear if you do say something.
I’m not running scared. I’ve seen certain people where it’s all hashtag, hashtag, hashtag, but I don’t follow anyone that’s winding me up with their whole social conscious routine. But you’re right. Written down, then it’s “Ooh, do I really mean this?” Something took you five minutes to compose and you’re hesitating about do you really want to say that? People are wary of getting behind their opinions.

There is also the echoing of what the loudest narrative is rather than having a balanced and complete picture of issues.
That is a really interesting point. These days, headline rules all. You’re scratching the surface of the actual issue and immediately there’s something else to occupy that space. We are the home of the soundbite. You’re getting information from everywhere and it’s bound to be riddled with misnomers and falsities. You know what I don’t see anymore? Corrections. You don’t see apologies. Granted, they used to get stuck on the second page somewhere. Now, no one actually apologizes for anything they say or do or write.