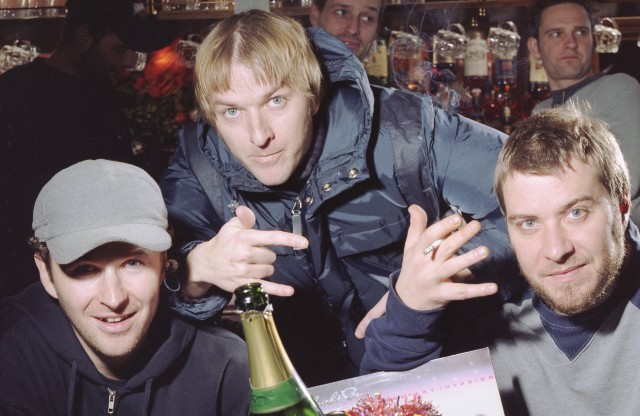 Alt-rock trio Doves announced a reunion show via Facebook on Monday, their first show after going on an indefinite hiatus in 2010. This is apparently the announcement the band teased last week when they shared a cryptic graphic featuring today’s date on their social channels.

“The waiting is over! In 2010 Doves announced an indefinite pause. Nothing lasts forever,” the band said in a statement. “Doves will break their hiatus to perform for the Teenage Cancer Trust at the Royal Albert Hall, London on Friday 29 March 2019. Tickets go on sale Friday 9am. More announcements to follow.”

Although the British trio is returning to the stage in their native England, let’s hope the “more announcements to follow” include some dates across the pond. In any case, this must be great news for the fan who created the Change.org petition demanding that the band get back together.

Doves hit pause after releasing four studio albums, but the members have continued to work as musicians, with Jimi Goodwin putting out a solo album Odludek in 2014. Brothers Andy and Jez Williams formed the band Black Rivers. In 2012, EMI International put out a compilation titled 5 Album Set.