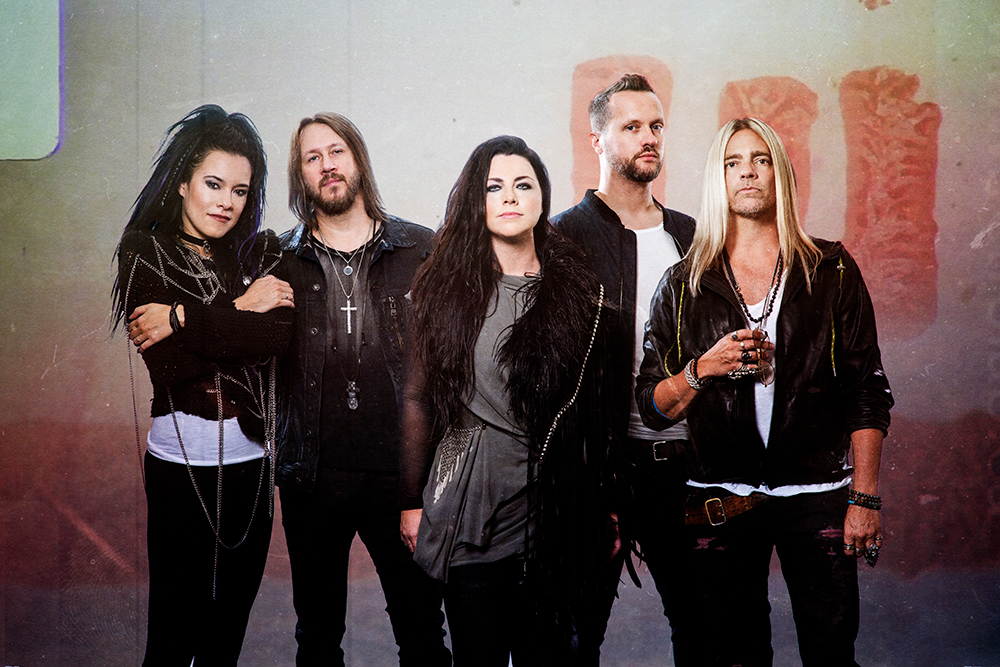 Evanescence, like a number of celebrities, are using their fame to urge their fans to vote. Thus, the group released the apropos “Use My Voice” to help spread that message.

Not only does the song bring the vocal and melodic power that the band always brings to the table, but they also want their fans to use their voices to speak out against injustice.

“This is an era of awakening, and full of powerful beauty,” Amy Lee said in a statement. “I hope to inspire others to seek truth, find their own voices and use them as I step up to use mine. Don’t let anybody speak for you. Only you can do that.”

“Use My Voice” also enlists the talents of The Pretty Reckless’ Taylor Momsen, Halestorm’s Lzzy Hale, violinist Lindsey Stirling and Within Temptation’s Sharon den Adel. The band also tapped into their personal networks including Lee’s longtime friend and co-writer of the track, Deena Jakoub of Veridia; her sister’s Carrie South and Lori Lee Bulloch and finally Amy McLawhorn, who is Evanescence guitarist Troy McLawhorn’s wife.

Aside from being an empowering song, Evanescence has also contributed it to a campaign with Headcount, a nonprofit organization “that uses the power of music to register voters and promote participation in democracy.”

And if you sign up here to register or receive more information about voting this year, you can win a chance to a special virtual performance in October.

Evanescence has previously released “Wasted on You” and “The Game Is Over,” off their forthcoming new album, The Bitter Truth. They also shared a cover of Bananarama’s hit, “Cruel Summer,” in June.

Hear Evanescence’s “Use My Voice” and watch their collaborative video for UseMyVoice.org.

You can also get the new single here.