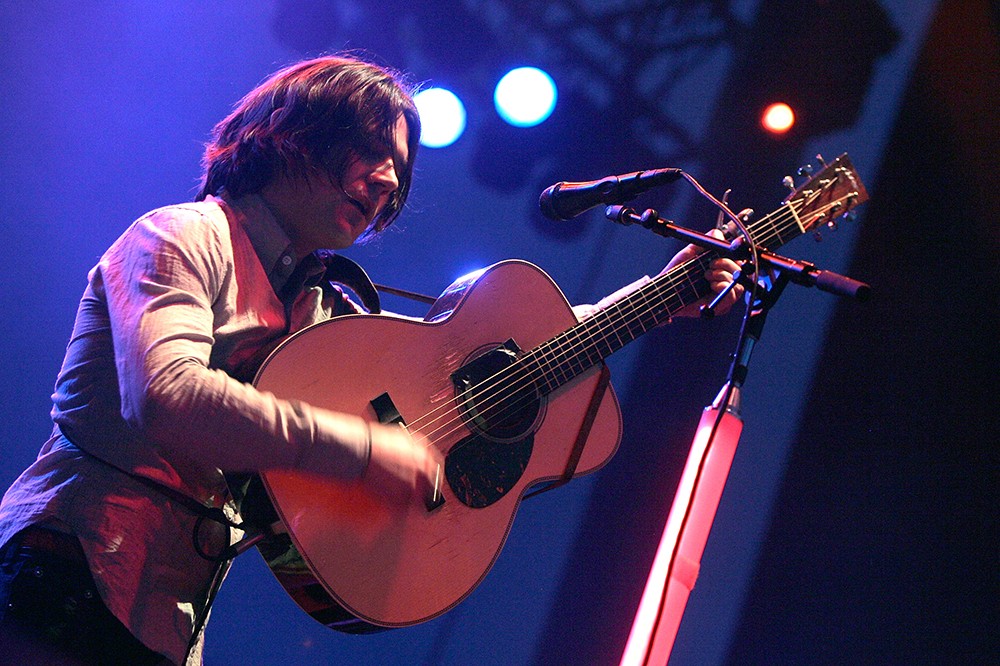 Bright Eyes covered “Running Back,” a lesser-known tune by Irish classic rockers Thin Lizzy, on SiriusXM Sessions over the weekend, singer Conor Oberst paying close homage to the original. The appearance was in conjunction with several to promote Bright Eyes’ first album in nine years, Down In The Weeds, Where The World Once Was, released Aug.21.

“Running Back,” written by late Thin Lizzy bassist and singer Phil Lynott, was on the group’s 1976 Jailbreak, the breakthrough album that featured the titular hit along with the perennial classic-rock-radio favorite “The Boys Are Back in Town.” A Thin Lizzy box set, Rock Legends, featuring unreleased tracks, demos, live sessions and a previously unreleased documentary film, arrives on Oct. 23.

Bright Eyes performed the Lizzy chestnut in addition to stripped-down originals. Check out the band’s take on “Running Back” here:

Bright Eyes released their first album in nine years, Down In The Weeds, Where The World Once Was, on Aug.21 and played songs from it on CBS This Morning, which you can watch here. We spoke with the entire band ahead of the release, which you can read here.