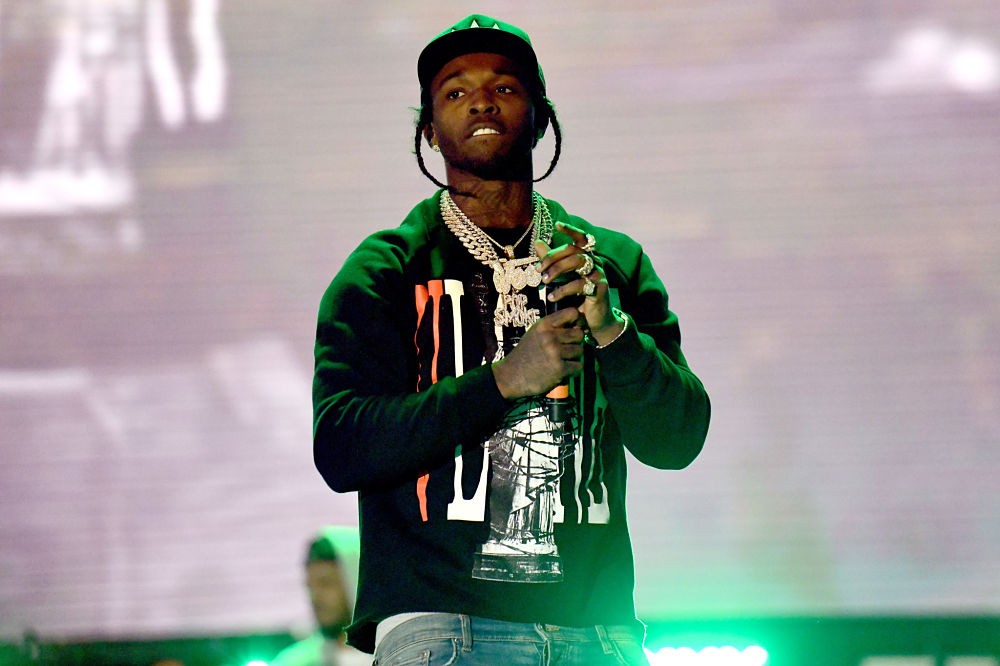 Five suspects have been arrested in connection with the murder of rapper Pop Smoke, the Los Angeles Police Department announced in a tweet on Thursday morning. Three of the suspects were adults and two were juveniles.

The rapper, born Bashar Jackson, was one of the rising stars in the Brooklyn drill scene. The 20-year-old musician died early in the morning on Feb. 19 at around 4:30 am when two men wearing masks and hoodies broke into the Hollywood Hills home he was renting from Real Housewives of Beverly Hills star Teddi Mellencamp. Multiple shots were reportedly fired and hit Jackson.

After releasing the 2019 viral hit “Welcome to the Party,” he dropped MEET THE WOO in July 2019 and had gotten co-signs from hip-hop community including Nicki Minaj and Cardi B. He also appeared on “Gatti,” a track from Travis Scott’s 2019 hit LP, JackBoys.

Pop Smoke’s posthumous album, Shoot for the Stars, Aim for the Moon, was released last Friday.