The members of Paramore have been quite active in the Black Lives Matter movement following George Floyd’s death in May. Singer Hayley Williams has marched alongside protestors and handed off her Instagram account to a group of teenage activists, while the band donated $25,000 across three organizations that fight for racial justice and against police brutality. However, one of their calls to action was something that didn’t sit well with fans.

After a fan recreated Paramore’s Riot! album art to display names of police brutality victims, the band printed it as a poster for purchase with proceeds benefiting NAACP and Color of Change. Though well-intentioned, fans were not pleased with the message it sent and responded to the since-deleted Twitter announcement with concerns about the poster being exploitative to the movement, while offering suggestions of how the trio could better support BLM.

“we know your intentions weren’t bad but seeing the names of black dead people due to police brutality hanging on a wall as some sort of ‘art piece’ doesn’t sit right,” one fan wrote. “you could hire black artists that do some amazing work to make paramore merch and donate the money” 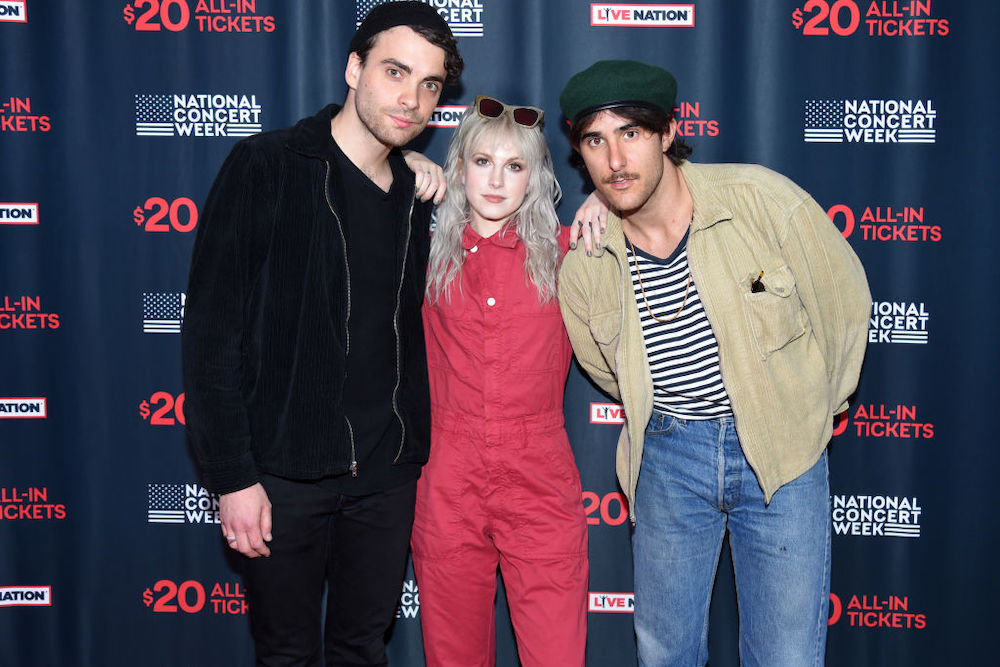 Paramore Reveals New Song ‘This Is Why’ Will Arrive Sept. 28

“I love you but this comes off very callous and weird. I’m glad you’re donating proceeds but something about letting people buy Paramore-esque style merch of victims of police brutality seems very disconnected,” replied another.

I love you but this comes off very callous and weird. I'm glad you're donating proceeds but something about letting people buy Paramore-esque style merch of victims of police brutality seems very disconnected.

Paramore took the criticism to heart and removed the poster from its merch store. Williams also addressed the situation on Twitter, but has since deleted the tweets.

“Alright, I’m reading comments and we are going to take the poster down,” Williams wrote (via AltPress). “Last month, people seemed to love it when it got shared. And truly, we wanted to signal boost it and create another small way to help give to orgs who are fighting against racial inequalities and injustices.”

“That being said, it does no good if it causes more offense than it honors the actual cause,” she continued. “This is no slight to the fan who designed it. However, the last thing we, as white people, should do in the midst of this is cause more confusion and potential harm.”

She then thanked fans for voicing their concerns. “Thank you to fans who wrote me about this for calling it like they see it,”  she said. “Continuing to educate and have hard conversations. To those who saw the poster and were triggered, I am really sorry. We are passionate about this issue and will continue to deepen our understanding.”

Williams concluded her message with a loving sign off. “Man, I love yall. I love seeing people educate and learn in comments sections. Me included.”