Song was originally released on 2006's 'Living With War' 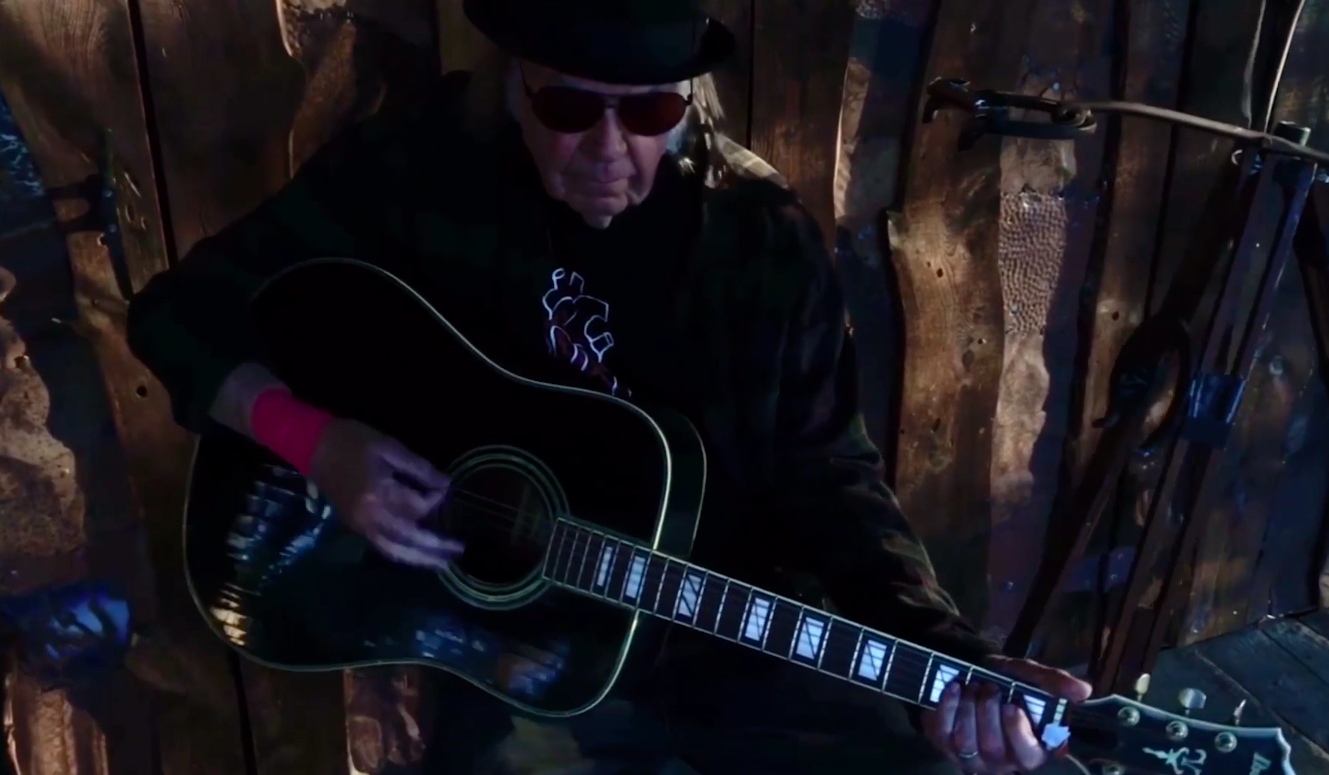 Neil Young hasn’t held back from unleashing his anger on President Donald Trump in recent weeks. First, there were tweets, then several letters, and now, an updated version of a fiery song.

The Godfather of Grunge released a new version of “Lookin’ for a Leader,” a track that, in its original form, appeared on 2006’s Living With War. At the time, that record was a sharp rebuke of the George W. Bush administration. Now, well, it seems pretty obvious who he’s targeting. The song praises Barack Obama and the Black Lives Matter movement, urges Americans to get out and vote, and expresses hope that change is around the corner.

A video for the song was directed by Daryl Hannah.

You can watch the clip here on Young’s website. The lyrics for the song were posted here.

On Monday, Young wrote in an essay that he’s “reconsidering” suing the president over his use of “Rockin’ in the Free World.” “I am changing my mind about suing President Trump,” Young began the piece. “Reconsidering. I’m looking at it again. There is a long history to consider and I originally considered it, deciding not to pursue. But then President Trump ordered thugs in uniform onto our streets. His idea. He ordered it himself. This is all DJT.”

Young has expressed his support of Black Lives Matter and released a reworked version of “Southern Man” in solidarity with the movement. He recently issued Homegrown, a lost album from 1974 in June.