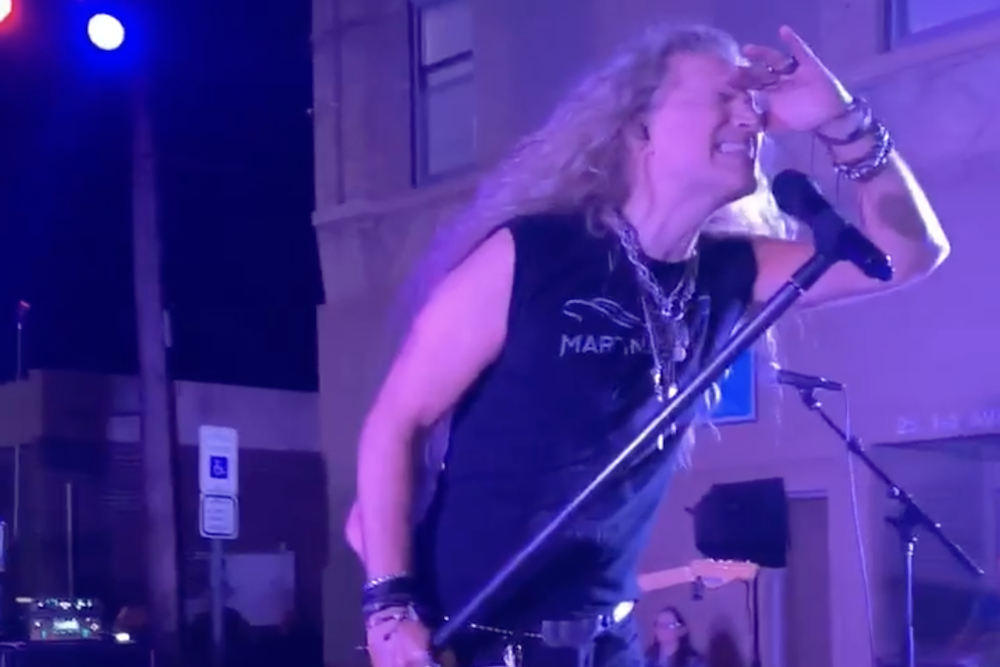 While the United States continues to see record-breaking COVID-19 numbers, there are some people who don’t seem to take the pandemic seriously — like all the people who went to see Great White play in Dickinson, North Dakota Thursday night. As footage shows, the hard rock band played an outdoor concert as part of the town’s “First On First: Dickinson Summer Nights” series, and there were no safety restrictions. Not only were attendees shoulder to shoulder, but there also wasn’t a mask in sight.

“We do not have restrictions, believe it or not, we don’t have any,” April Getz, an event coordinator for the concert series, told The Dickinson Press. “It’s one of those things where if people feel comfortable coming down and mixing and mingling, that’s their personal choice. We’re leaving it up to everybody that chooses to attend.”

This isn’t the first time Great White has been involved in a dangerous event. Known for the hit song “Once Bitten, Twice Shy,” the band faced a tragedy when there was an explosives accident at a show in Rhode Island in 2003, killing 100 people including guitarist Ty Longley.

Watch video footage taken from the stage, which shows the crowd’s lack of regard for safety, below.

Great White aren’t the only ones to play a concert without apparent restrictions since the country began reopening. DaBaby played a 4th of July show at a packed nightclub that lacked social distancing and mask-wearing.

“Great White would like to address our Thursday, July 9, at First on First Dickinson Summer Nights concert in North Dakota,” the statement read. “We understand that there are some people who are upset that we performed this show, during this trying time. We assure you that we worked with the Promoter. North Dakota’s government recommends masks be worn, however, we are not in a position to enforce the laws. We have had the luxury of hindsight and we would like to apologize to those who disagree with our decision to fulfill our contractual agreement.”

It continued: “The Promoter and staff were nothing but professional and assured us of the safety precautions. Our intent was simply to perform our gig, outside, in a welcoming, small town. We value the health and safety of each and every one of our fans, as well as our American and global community. We are far from perfect.”