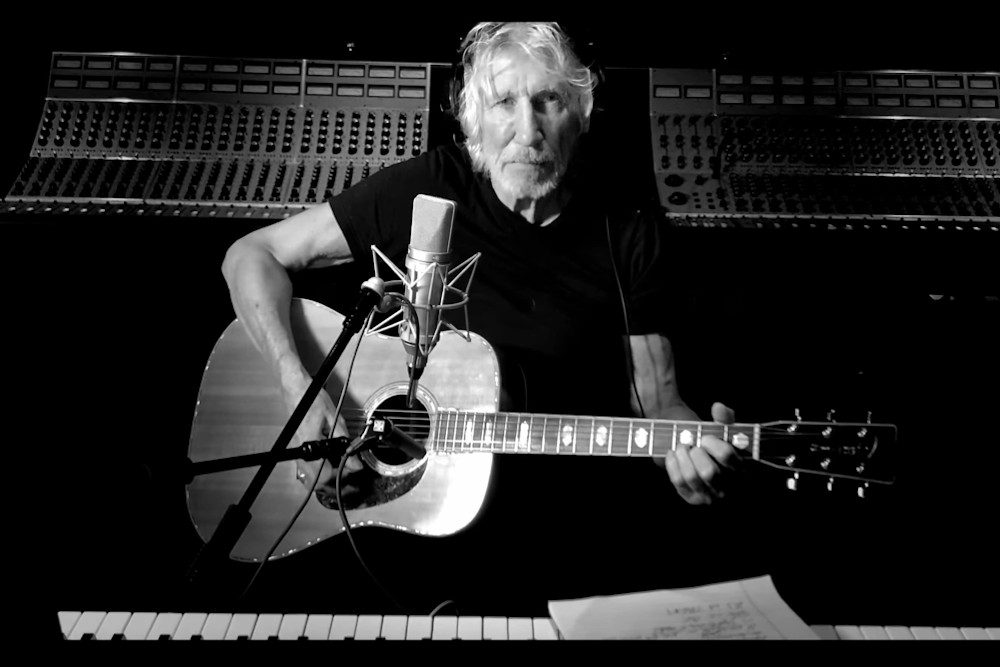 Roger Waters reminded us all of our possible collective demise while debuting his new studio version of Pink Floyd ballad “Two Suns in the Sunset,” the closing song from the band’s 1983 LP, The Final Cut.

The songwriter tracked the tune with his touring band in a socially distanced format, each member contributing their parts remotely. The group — which would have accompanied Waters on his postponed This Is Not a Drill jaunt — features My Morning Jacket’s Bo Koster on Hammond organ, Lucius vocalists Jess Wolfe and Holly Laessig, drummer Joey Waronker (Atoms for Peace, Ultraísta), guitarists Jonathan Wilson and Dave Kilminster, keyboardist Jon Carin and saxophonist Ian Ritchie.

The clip opens with a bleak text, reminding fans, “We’re at one hundred seconds to midnight on the doomsday clock. This is the the closest the Human Race has ever been to nuclear catastrophe.” But the video shifts into a tranquil vibe as Waters adopts a low grumble over strummed acoustic guitar, gradually building a grandiose version of the Pink Floyd epic.

Waters performed the obscure cut during four 2018 dates of the Us + Them tour — his first live versions of the track, according to setlist.fm. The new recording of “Two Suns in the Sunset” follows a recent lockdown version of The Wall’s “Mother,” continuing his idea “to make an album of all the songs we did as encores” on the aforementioned tour.

In the video description, Waters added a relevant post-script about the dangers of nuclear weapons: “That we allow [them] to exist in a world controlled by deranged sociopaths is, in itself, a deranged arrangement. We are many they are few. We could just say no, to the whole MAD (Mutually Assured Destruction) insanity. It makes zero sense and is potentially omnicidal.”

Waters recently announced a fall physical release of his Us + Them concert film and soundtrack. A digital version of the movie is out now.