It shows a Juggalo holding a burning Confederate flag 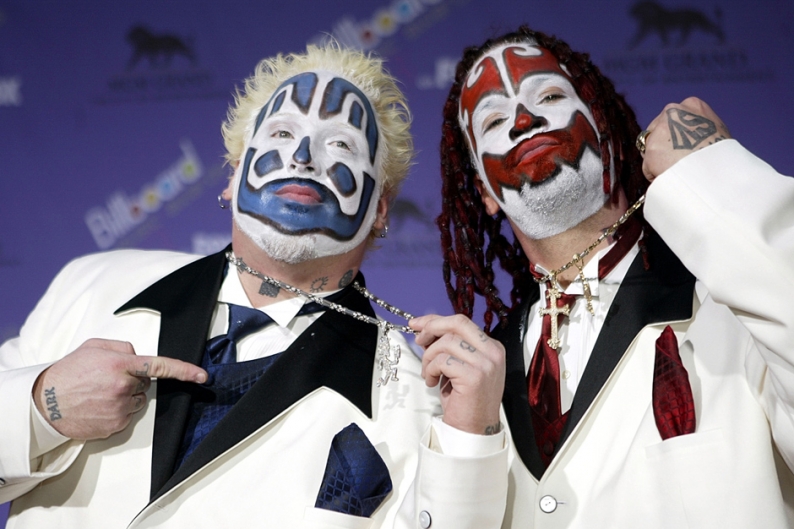 After NASCAR took a stand against the Confederate flag last week, and as statues of Confederate leaders see their demise across the country, it only made sense that the Juggalos would get involved.

Insane Clown Posse is selling a new batch of $25 t-shirts depicting a Juggalo tearing and burning a Confederate flag with the words “Fuck Your Rebel Flag” plastered on the back. The shirt was previously available in the early ’90s and in light of recent events, ICP brought it back.

You kept asking so we brought it back! Now available in all sizes, get yours now at https://t.co/KdDVU6UxLJ pic.twitter.com/oORxNmyZhn

Fans seem to be thrilled with the merch drop, with some sharing memes and one writing on Twitter that ICP was on the “right side of history.”

The shirts, available on Psychopathic Records’ website, add ICP to a growing list of bands taking a stand against confederate memorabilia and statues. Recently, GWAR fans started a petition to have a statue of Oderus Urungus replace a statue of Robert E. Lee in Richmond, VA. GWAR’s JizMak Da Gusha endorsed the statue’s erection in an interview with SPIN.

ICP has also been selling face masks for fans throughout the pandemic. They should be a pretty solid match with the new shirt.