They will take place from three cities in July 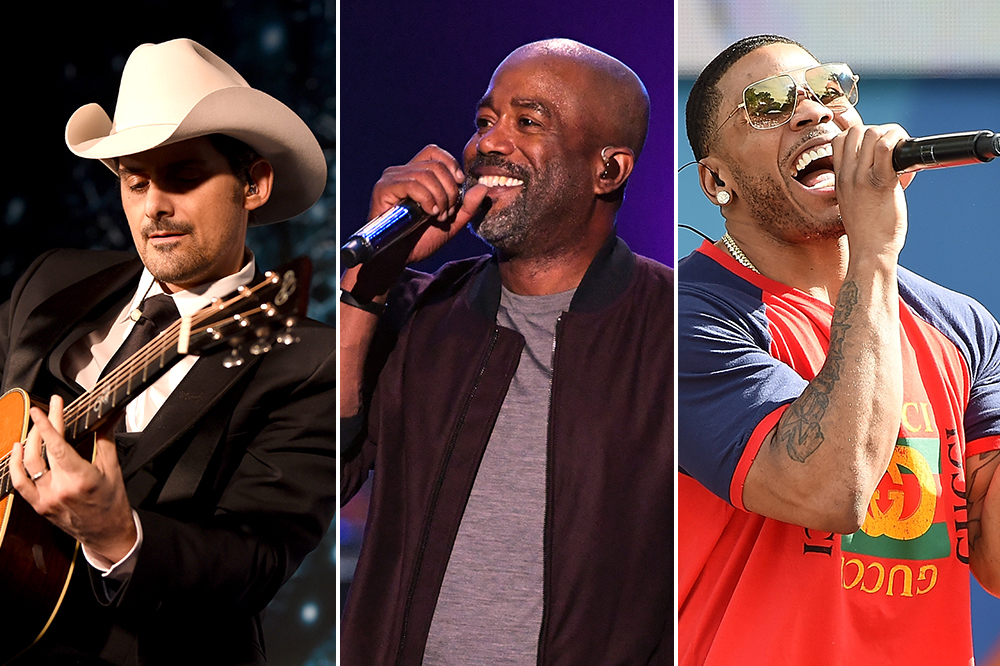 When Live Nation stopped all tours back in March, fans and the live music industry wondered what would happen to concerts in 2020. Now, three months later, Live Nation is making moves to bring back the live show with the launch of a series of drive-in shows next month.

“Live from the Drive-In” is the concert promotion giant’s new series to bring live music to Nashville.; Maryland Heights, Missouri.; and Noblesville, Indiana from July 10 to July 12, the Associated Press initially reported.

Brad Paisley has been scheduled to play in all three cities while Darius Rucker and Jon Pardi will also perform in Nashville at Nissan Stadium. Nelly, along with El Monstero, is set to perform at the Hollywood Casino Amphitheatre in Maryland Heights. Yacht Rock Revenue is scheduled to play Noblesville on July 10.

What’s the setup like? Think mini tailgating parties. Each ticket will be good for a car of up to four people who will park in every third space. That way, they can enjoy the show outside their cars as well as bring lawn chairs, food and drinks.

“The traditional drive-in, I get it, you’re stuck in your car, and you’re going to get it through an FM transmitter. That’s not happening with these shows,” Tom See, president of Live Nation Venues-US Concerts, told the AP. “We’re giving you what’s about the size of a double-car garage to where you’re going to be able to park your car, get out of your car, and have a great tailgating hang for you and your friends, and listen to music through proper professional PA and amazing audio and video display. It’s really a different aspect of drive-in and live. It’s highly experiential.”

Every member of the venue staff will be wearing masks. Attendees should wear masks upon arrival, especially at ticket scanning. But once they get to their tailgated areas, attendees no longer need to wear gloves or masks because tailgate spaces will be an 18 by 18-foot square for each car. Each restroom will have hand sanitizer available, and each cluster of restrooms will have handwashing stations, which will be sanitized by cleaning staff before, during and after each show.

You can find more information on how the venues will look like according to Live Nation’s safety guidelines here. And you can find specific show dates and times as well as how to get tickets here.

We’re excited to announce LIVE FROM THE DRIVE-IN 🚗 🎵 – our first drive-in concert series in the U.S. kicks off July 10, 11, 12! #LiveFromTheDriveIn Check out the link in our bio for more info!