More than almost any other non-jam band, you could argue that Pearl Jam doesn’t really have “deep cuts.” They’re all hits. As anyone can attest who’s attended a show by the grunge-pioneers-turned-classic-rockers, their entire catalog is fair game, and the band seems to particularly delight in pulling off songs you didn’t think were on the table; Eddie Vedder’s strapped on an accordion for “Bugs,” for instance. They cover anything and everything: Neil Young, Public Image Ltd., Johnny Cash, Buzzcocks, Split Enz, The Who. And because they obsessively document themselves and happen to be millionaires, you can buy any of their legitimate hundreds of live albums to hear it all, how something that seemed like a throwaway on a minor album can sneak up on you or get an extra burst of applause between “Even Flow” and “Dissident” in the set.

Furthermore, there isn’t any other multi-platinum rock band with so many fluke hits that differ exponentially from the officially released singles. “Better Man,” the best-known hit from 1994’s Vitalogy, was not one of its singles, nor was “Corduroy,” the band’s all-time most-played live song. The likelihood you’ve even heard one of the official singles (“Spin the Black Circle,” “Not for You,” “Immortality”) on the radio is low. Same with 1993’s “Animal,” a standard-issue rocker from Vs. that was officially released, while “Elderly Woman Behind the Counter in a Small Town,” (which you know every word of) wasn’t. Can you guess whether “Oceans” or “Black” was one of Ten’s singles? Because it won’t be the epic that AOR (album-oriented rock) fans have committed to memory. The deep cut “In Hiding” got as much airplay in some regions as anything else from Yield; one-off 1995 single “I Got Shit” more than anything from 1996’s No Code. And finally, two B-sides ended up setting the world on fire: “Yellow Ledbetter,” a classic power ballad with no real lyrics, improvised entirely by Vedder in the studio and a fan-club single covering J. Frank Wilson’s “Last Kiss,” which peaked at No. 2 on the Hot 100 and is now Pearl Jam’s biggest hit.

To celebrate this week’s release of Gigaton, Pearl Jam’s first studio album in seven years, here are 25 of their greatest songs that wouldn’t qualify as any kind of hit; sorry “Black,” “Corduroy,” “In Hiding,” you’re just too popular. And sorry to the gorgeous No Code epic “Off He Goes,” a single’s still a single even if it flops.

“Once” (Ten, 1991)
The opening track on Pearl Jam’s biggest and heaviest album remains one of the band’s biggest and heaviest. Hinging on a snake-charming lead from Mike McCready, “Once” revealed grunge to have other flavors besides sludged-down slacker-punk. Nirvana didn’t groove, for instance. This actually had some funk in it, as did the smash “Even Flow,” briefly placing PJ comfortably in between Jane’s Addiction and the Red Hot Chili Peppers on AOR formats.

“Release” (Ten, 1991)
The two finest non-hits on Ten are its bookends, and betraying Vedder’s extreme Pete Townshend influence, he even had his miniature rock opera, “Once,” “Alive,” and “Footsteps,” an Oedipal trilogy dubbed “Mamasan.” But Ten’s plaintive, swelling closer “Release” was no story; you can hear him coming to grips with never knowing his father in real life. It’s the emotional core of Ten’s success, the reason the millions of people didn’t just buy the record but gave this unusually empathetic quintet of arena-rockers their full attention for half the ‘90s.

“Rearviewmirror” (Vs., 1993)
This one is kind of a cheat; they named their greatest-hits comp after it. But it also exemplifies why there’s no better band for a list like this. Yes, “Rearviewmirror” got a little airplay. It’s also undeniably a deep cut that simply developed a life of its own, a word-of-mouth live epic that builds from a pulsing motorik pattern to one of their most intense codas. More than any other Pearl Jam album, vs. deals with toxic human connections: domestic violence on “Go,” police brutality on “W.M.A.,” parental abuse on “Daughter.” Even the Skynyrd-esque twang of “Dissident” details the monumental cowardice of a woman who falls in love with a fugitive but ultimately turns him in to the Gestapo. Like “Release,” only faster and more cathartic, “Rearviewmirror” resonated with fans as the great escape, the song that made driving away from their demons seem possible. Its “hit” status” was sheer force of will, and naming Pearl Jam’s best-of after a deep cut is all too fitting.

“Blood” (Vs., 1993)
Speaking of catharsis, Pearl Jam have plenty of tantrums that just stomp in place and require no further explanation. “Blood” is a nailbomb of a riff, divided up by Shaft-theme wah-wah stutters in the verses while Vedder shrieks about having his humanity ripped from him in somewhat of an anti-fame motif he’d go on to explore more articulately the next year on Vitalogy. There’s not much to it and that’s all it needs.

“Leash” (Vs., 1993)
The most underrated song on vs. is rarely pulled out live even for them, probably because it’s pretty immature. If parts of Ten resembled Tommy, “Leash” is closer to “Another Brick in the Wall Part II”; the message is essentially, “Hey, parent, leave those kids alone.” Except in 1993, you said, “Drop the leash / Get out of my fucking face.” 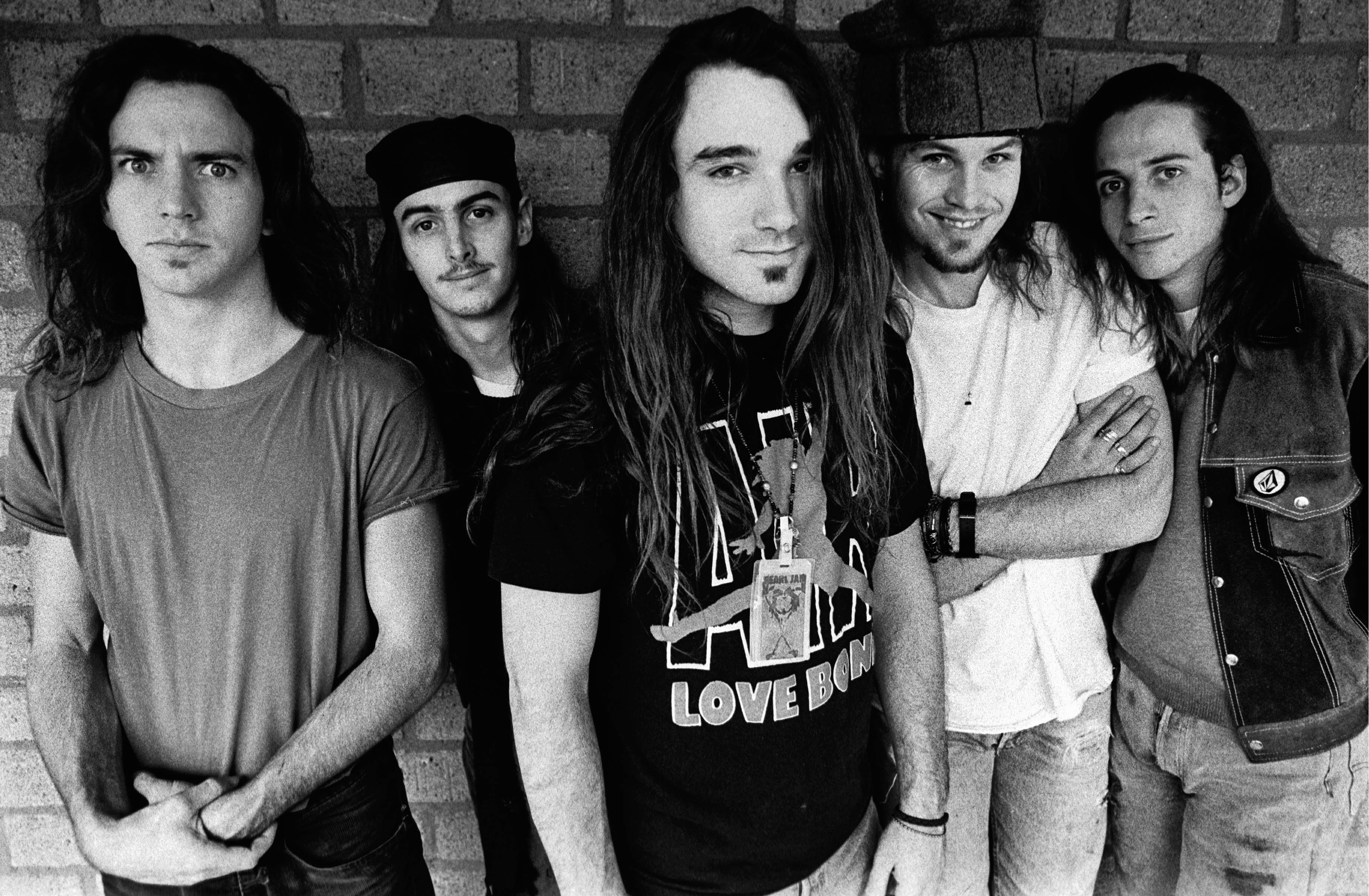 “Nothingman” (Vitalogy, 1994)
Another fan-favorite of such clout that they put it on the ballad disc of their best-of, “Nothingman” was never a single, garnered rare airplay if any at all and just happens to be one of the simplest and loveliest tunes Pearl Jam has ever released. If Vitalogy’s A&R priorities weren’t so bizarre, one could make the case that it wasn’t pushed to radio programmers only because nine or 10 other Pearl Jam songs were already saturating the market. Why was the funereal “Immortality” pushed by Epic instead of this? Someone hearing “Nothingman” for the first time via the hits comp may not even notice it’s new to them, the song sounds like you’ve known it forever.

“Satan’s Bed” (Vitalogy, 1994)
For all of Vitalogy’s anti-fame screeds, “Satan’s Bed” is the funniest. The literal whip-cracks at the beginning and the title might hint at a puritanical anti-sex rant from the guys who found Ticketmaster too appalling, but it goes even further by chanting “already in love!” on a chorus that could be mocking the shack-ups of overnight celebrities or maybe even Vedder’s own sudden sex-symbol status in America. And it’s not for nothing that they gave this one a raunchy, Toys in the Attic-era Aerosmith groove.

“Long Road” (Merkin Ball, 1995)
Recorded with Neil Young for his middling Mirror Ball album, the sessions’ two best tracks were forbidden for an album release by meddling labels, so they became the two-track single Merkinball instead. The haunted rocker “I Got Shit” (“I Got Id” on the back cover) you know, this gracefully solemn dirge you may not. It was a perfect fit for the Dead Man Walking soundtrack though, where an appearance by late Qawwali legend Nusrat Fateh Ali Khan lifted it even higher.

“In My Tree” (No Code, 1996)
All of No Code is a deep cut, really. It’s also the band’s loosest and maybe even finest album, with a mix of kitschy worldbeat (the gorgeously gospel-inflected, self-sabotaging single “Who You Are”), big chunks of Neil Young influence on both the rockers (“Red Mosquito”) and ballads (“Off He Goes”), which were more ragged and folksy, respectively. “In My Tree” is one of its most striking tunes, marrying the Burundi-influenced “Bo Diddley” variations of Bow Wow Wow with U2’s reverberating anthemicity (a nonexistent word that deserves coining in a Pearl Jam piece). Enter Jack Irons’ polyrhythmic drumming, which may have been the secret to Pearl Jam’s most artistically rewarding period stretching to Yield as well.

“Smile” (No Code, 1996)
That Crazy Horse thud is in full-force on “Smile,” and it even incorporated bluesy harmonica. Like Smashing Pumpkins’ “Mayonaise,” this one has a gigantic slo-mo quality to it, made all the more poignant by one of their most emotional choruses to avoid radio completely: “I miss you already / I miss you always.”