"Listen to these songs and enjoy life, at least for a few hours" 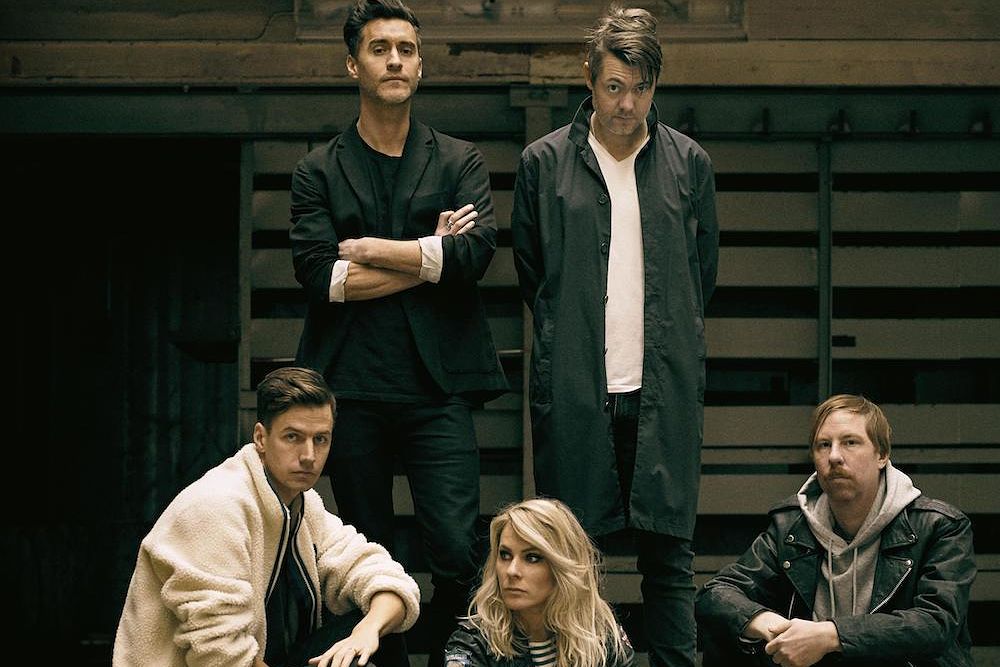 With everyone sequestered and self-quarantining due to the coronavirus, we’ve asked our favorite artists to come up with playlists that keep you entertained. Here’s Jesper Anderberg of The Sounds:

Even though our society is going through a pandemic like nothing we’ve experienced in modern history, it is also a perfect opportunity to do some of our own soul searching. Take this time to reflect on your life, choices you’ve made, people you loved and people you have hurt. Opportunities you let pass for reasons unknown.

Every year it feels like our lives are going faster and faster. For once, turn off your phone and all of the depressing news outlets for a moment. Listen to these songs and enjoy life, at least for a few hours, like the un-updated ”in the loop” teenager you once were. Cause right now, no matter who you are or where you are from, we are all in the same boat.

“One Rizla” – Shame
One of the best British pop/punk songs I’ve heard in a while. We played a show in Sweden last year and just found out afterward that Shame played earlier that day. Bummer.

“Take Control” – The Mysterines
Another young cool British band that I discovered last year. Love the singer’s voice and the naive sound of the band.

“Things We Do For Love” – The Sounds
First single of our new album. This song took a long time to finish. Me and Fredrik wrote the early demo of this song over 8 years ago.

“Downhearted” – Molly Burch
My 3-year-old son heard this song on the radio and said ” What a beautiful song”, and after that is has become one the favorite songs of our family.

“Alabama” – Night Moves
Great band from the states that I’ve been a fan of for a long time now. They deserve much more attention.

“Into The Mystic” – Van Morrison
Needs no introduction. This song can be played in any situation in life. One of my all-time favorites.

“Thinking of a Place” – The War on Drugs
If you don’t like this song, you’re not my friend.

“Back home again” – John Denver
Everybody needs a guilty pleasure. In John Denver, I have them all.

“Velvet Gloves & Spit” – Timber Timbre
A song I heard the other month that I’ve really enjoyed this past week. Feel like a great mix of Lou Reed and Nick Cave.

“Blue Dress” – Depeche Mode
An often forgotten song on their Violator album. Still one of their best.

“Johnny and Mary” – Todd Terje, Bryan Ferry
As a Roxy Music fan, I listen to everything by Bryan Ferry. This collaboration is no exception and its just magic.

“Blue Wings” – Wild Nothing
Another new discovery that I really like. Sometimes they sound just like Duran Duran, which is dangerous but they pull it off in a great way.

“Won’t Be Long” – The Hives
Fellow Swedes. You can only love The Hives. This song is one of my favorite, and I was fortunate enough to hear it twice last summer during our shows together. Hopefully, I get to hear it three more times this summer.

“Is It True” – Tame Impala
Just love the groove and feeling of this song.

“Avalon” – Roxy Music
A song that has been my favorite for over 20 years. This was me and my wife’s wedding dance song.

“At the Door” – The Strokes
I like the new approach Strokes took with this song. Looking forward to the new album.

“One More Kiss, Dear” – Vangelis
If there is one soundtrack me and Fredrik our drummer keeps coming back to when writing music or talking musical approaches, its the Blade Runner soundtrack. Its a masterpiece.

“To Lost My Life” – White Lies
Great rock n roll song. There were a lot of great albums released in ’00. This is one of them.

“Great Day” – The Sounds
Another song me and Fredrik wrote for our Weekend album. This song is about the media constantly blasting out depressing news. Sometimes it’s important to shut everything out and enjoy your day. It’s a great day to be alive.