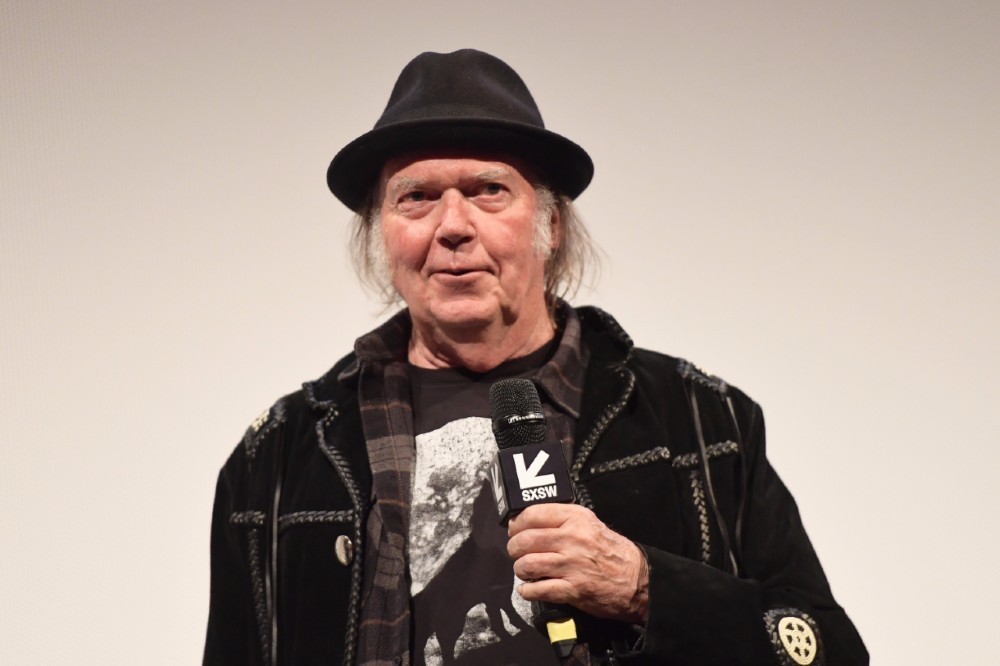 Canadian export Neil Young has been living in the United States for decades, but on Wednesday, January 22, he finally became a full-fledged U.S. citizen. TMZ caught video of Young exiting Tom Bradley Hall at the Los Angeles Convention Center waving a little American flag in one hand and clutching his paperwork in the other. Young was accompanied by wife Daryl Hannah.

Young announced his newly minted citizenship on his Neil Young Archives website, which featured of an adorable photo of himself saluting while standing next to a table with a sign that read “Democrats Register to Vote Here,” and a giant American flag. The caption “Vote your conscience” is bookended by an American and a Canadian flag. The California primary will be held on March 3, so the 74-year-old will get to cast his ballot in an American election for the first time in his life.

Granted, Young would have preferred to have been sworn in sooner, but he hit an unexpected hurdle thanks to his fondness for weed.

“When I recently applied for American citizenship, I passed the test,” Young wrote on his website in November. “Recently however, I have been told that I must do another test, due to my use of marijuana and how some people who smoke it have exhibited a problem.”

That delay can be blamed on former Attorney General Jeff Sessions, who announced a new immigration policy during his tenure requiring stoners to endure a more rigorous vetting process in their quest to become Americans.  Chapter 5 of U.S. Citizenship and Immigration Services’ “Conditional Bars for Acts in Statutory Period” claims, rather baselessly, that using marijuana “continues to constitute a conditional bar to GMC [Good Moral Character] for naturalization eligibility, even where such activity is not a criminal offense under state law.”

Apparently, no one ever invited Sessions to a party in his life, and now, we all have to pay for it. Including Neil Young. Messed up.