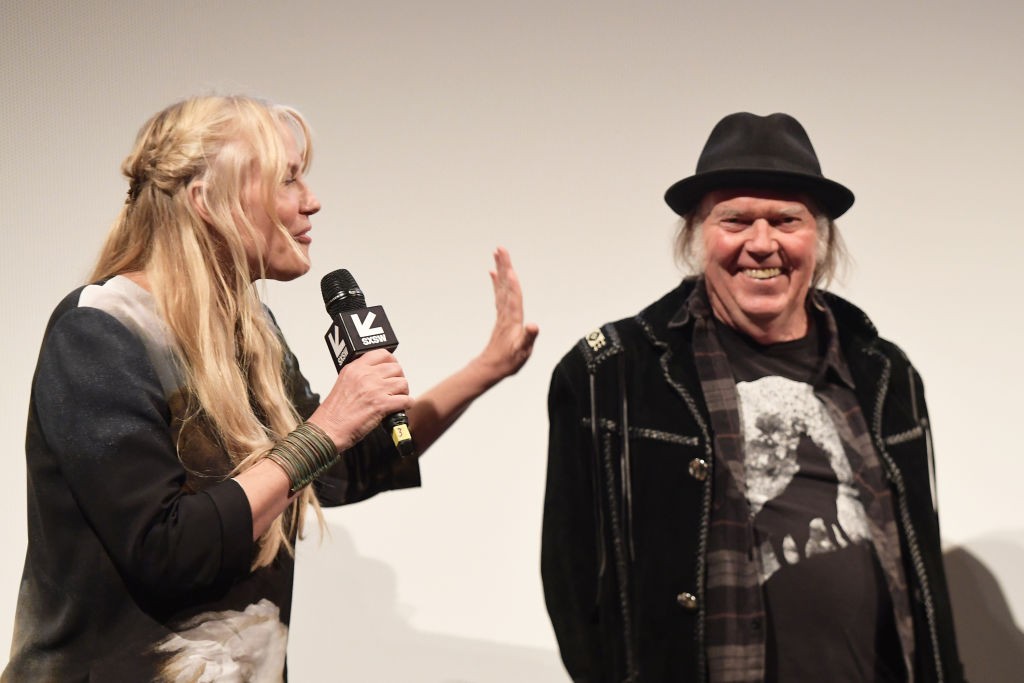 The gossip is true: Daryl Hannah and Neil Young have wed! Huzzah! Rumors abounded in August that the two had been married at a secret ceremony due to congratulatory comments posted to Hannah’s Instagram page. Now, as Pitchfork notes, Young has officially confirmed the news in a message posted to The Neil Young Archives (you can log in for free) to accompany a new live video of him performing Crosby, Stills, Nash, and Young’s Kent-State-inspired classic “Ohio” solo. In the note, he refers to Hannah as his “wife Daryl.”

The letter encourages his fans to vote in the midterm elections, especially in favor of gun reform, protesting the fact that there are “no real laws protecting us from guns, and…politicians supporting the NRA because the NRA supports them.” He continues: “My wife Daryl and I put this video together for you to reflect on.”

Young filed for divorce from his previous wife of 36 years, Pegi, in 2014. Daryl Hannah directed the sci-fi Netflix film Paradox, which stars and features songs by Young and his band Promise of the Real. The film was released earlier this year. Young just announced the upcoming release of Songs for Judy, a new live acoustic album recorded in November 1976.

Congratulation to Neil and Daryl, the happy couple! Who cares what David Crosby thinks?