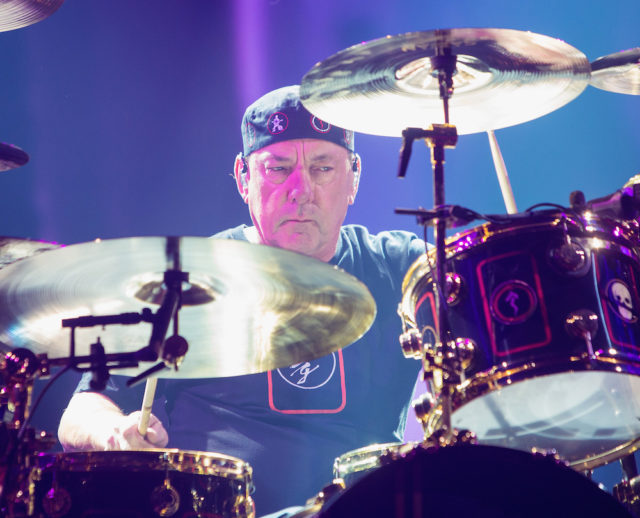 Neil Peart, virtuosic drummer of the Canadian prog-rock giants Rush, has died at age 67. According to a family spokesperson, Peart died on Tuesday, January 7, in Santa Monica, Calif. after receiving a brain cancer diagnosis, the Canadian Broadcasting Corporation reports. Rush confirmed the report in a statement.

“It is with broken hearts and the deepest sadness that we must share the terrible news that on Tuesday our friend, soul brother and band mate of over 45 years, Neil, has lost his incredibly brave three and a half year battle with brain cancer (Glioblastoma),” Rush wrote. “Those wishing to express their condolences can choose a cancer research group or charity of their choice and make a donation in Neil’s name. Rest in peace brother.”

Peart, who also served as Rush’s primary lyricist, is routinely cited as one of rock’s greatest drummers. Known for his technical precision, irregular time signatures, and extremely elaborate drum kit, he is responsible for some of the most complex and demanding percussion work in the classic rock canon. Mastering Rush hits such as “Tom Sawyer” has long been a rite of passage for young drummers looking to demonstrate their ability.

Rush formed in 1968 and gave their final tour in 2015. Bassist Geddy Lee said last year that the band had “zero plans to tour again.” Peart joined in 1974, cementing the band’s classic power trio lineup (which also included guitarist Alex Lifeson), and appeared on all of their best known albums, including 1975’s Fly by Night and 1976’s 2112.