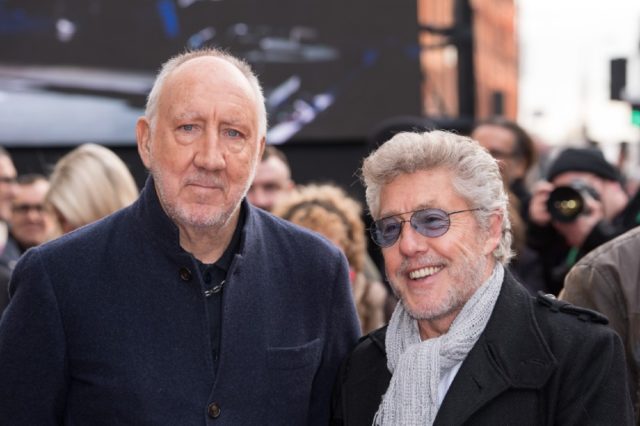 The Who frontman Roger Daltrey  told Billboard that WHO, the band’s first album in 13 years, almost contained a rap part. According to Daltrey, guitarist Pete Townshend wrote a rap portion in the new album’s opening track “All This Music Must Fade,” which the frontman refused to perform. Granted, we can’t help but be morbidly curious as to what Townshend’s bars would entail.

“I ain’t going there,” Daltrey insisted to Billboard. “I love people that do that. It’s incredibly clever. It’s incredibly technical and they’re brilliant, but if I did it, it would be laughable. I could probably do it, but it would be pastiche. I had to convince [Townshend] to cut it out; I said, ‘You’re welcome to leave it in if you do the rap.’ Obviously he didn’t feel comfortable doing it, either.”

The nixed rap was just one example of a band dynamic where Daltrey claims he constantly has to insert himself into the recording process so that the music represents both of their artistic sensibilities, not just Townshend’s. The way Daltrey (passive aggressively) explains it, he’s the one who makes the high-concept songs that Townshend writes accessible.

“I’ll work with Pete any time,” Daltrey said. “But I would like to do an album where we work together—not necessarily in the studio together, but on the project. It seems to me that Pete cooks up projects on his own that are narratively tricky for the general public to get into. By working together, I think some of those problems might be solved. We could come up with something really good.”

As if you’d need any more evidence that the two septuagenarians can barely stand to be in the same room together, Daltrey revealed the circumstances under which the surviving Who members recorded WHO: separately, with their own engineers and producers.

For anyone interested in watching these two rock legends barely conceal their contempt for each other on stage, The Who have announced extensive 2020 tour dates.

The Who Detail New Album Who, Release “Ball and Chain”