Greta Thunberg Trolls Donald Trump With His Own Tweet Mocking Her 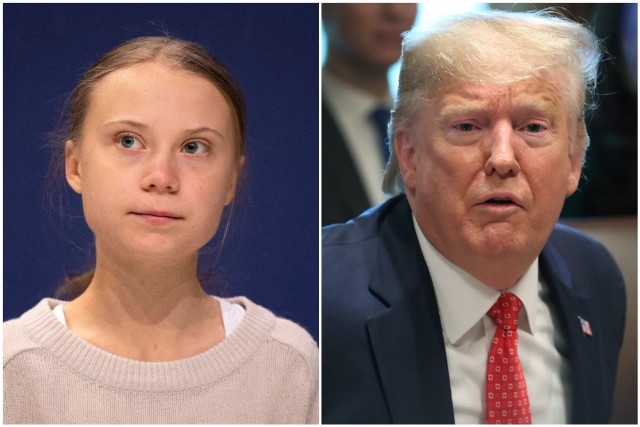 The planet isn’t the only thing heating up. President Donald Trump was less than impressed a day after TIME magazine named 16-year-old Greta Thunberg its 2019 Person of the Year.

The president shared his frustration December 12 at being overlooked for the honor—where else?—on Twitter. In a retweet of actress and producer Roma Downey congratulating the teen environmental activist, Trump (who did make the TIME shortlist) griped: “So ridiculous. Greta must work on her Anger Management problem, then go to a good old fashioned movie with a friend! Chill, Greta, Chill!”

So ridiculous. Greta must work on her Anger Management problem, then go to a good old fashioned movie with a friend! Chill Greta, Chill! https://t.co/M8ZtS8okzE

Instead of lashing out on social media as her 73-year-old critic did, Thunberg quietly trolled the president with his own words. Shortly after his tweet, Thunberg—whose passionate speeches urge quick action against the climate crisis has created a movement and earned her recognition around the world—updated her Twitter bio. It now reads: “A teenager working on her anger management problem. Currently chilling and watching a good old fashioned movie with a friend.” 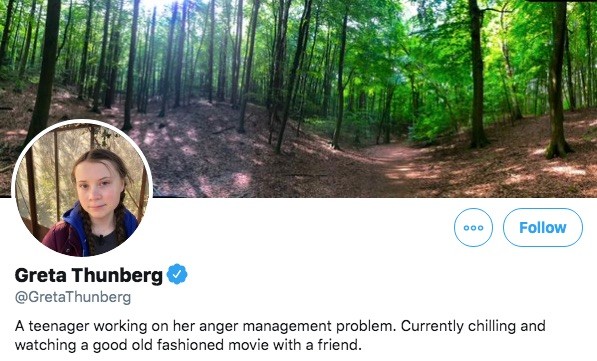 Former White House communications director turned vocal Trump critic Anthony Scaramucci defended Thunberg after the president’s tweet. “A bully and a punk,” he called his former boss in a tweet responding to Maggie Haberman, The New York Times’ White House correspondent, who noted that the president making fun of a child would not be well received by allies. “No normal person would find this sort of behavior tolerable. Much less from a global leader. @realDonaldTrump is a despicable person.”

Thunberg—TIME’s youngest Person of the Year to date—hasn’t kept her apparent distaste for Trump under wraps in the past. When the Swedish climate activist and the president crossed paths at the U.N. Climate Action Summit September 23, she gave Trump—who had skipped the summit earlier in the day—a death glare as he walked by. Cameras caught her stare, which quickly went viral and even had Republican strategist Ana Navarro tweeting the clip with the comment, “We are all Greta.”