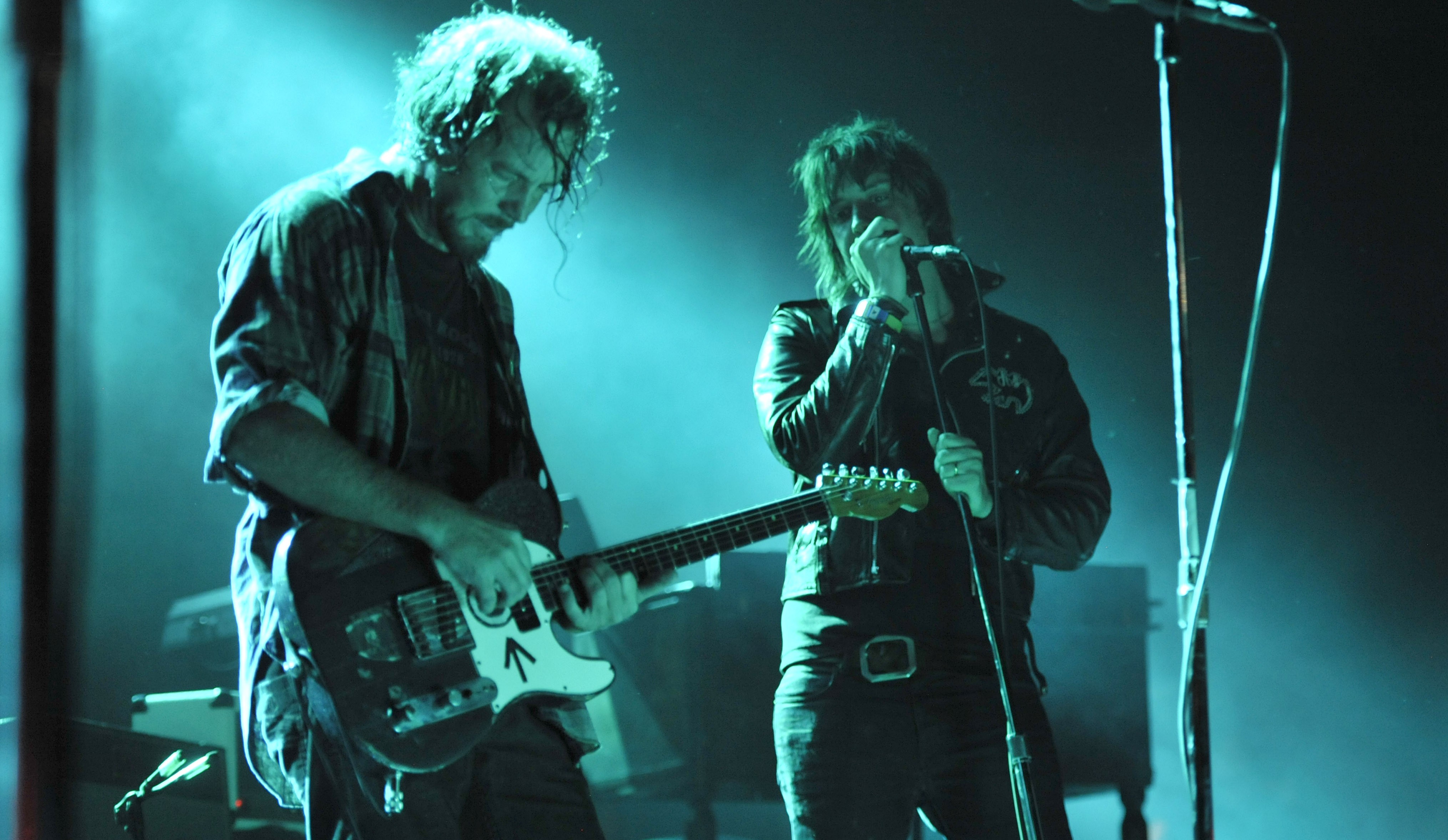 For the last few years, Eddie Vedder has curated Ohana Fest, a three-day music and arts festival in Dana Point, California. This year’s event features headlining performances from Vedder, the Strokes, and the Red Hot Chili Peppers, as well as sets from other rock acts like Incubus, Mudhoney, Devendra Banhart, Jenny Lewis, and more. But about midway through their set last night, the Strokes surprised the crowd with an exclusive collaboration with the Vedder, who joined the band to play the Strokes’ song “Juicebox” as well as the Pearl Jam deep cut “Hard to Imagine,” as Consequence of Sound points out.

“Julian [Casablancas] asked if I would join the fellas here,” Vedder said as he took the stage. “One of the reasons I accepted was because it would give me the opportunity to thank all the great artists here today, especially the Strokes.”

The Pearl Jam frontman also dedicated “Hard to Imagine” to the activists working to pass stricter gun laws nationwide. “They’ve asked to do a version of this song, and I’d like to dedicated to all the people in Everytown, Mom’s Demand Action, and Student’s Demand Action, who are working so hard for common sense gun laws. Respect the right of ownership, but also preserve our right to feel safe in our towns, our communities, our schools, and our homes. We will persevere!”

Vedder is scheduled to perform a headlining set at the festival later tonight. This summer, he joined The Who onstage in London for a spirited rendition of their Quadrophenia track “The Punk and the Godfather.” Watch clips of Vedder’s performance with the Strokes below.