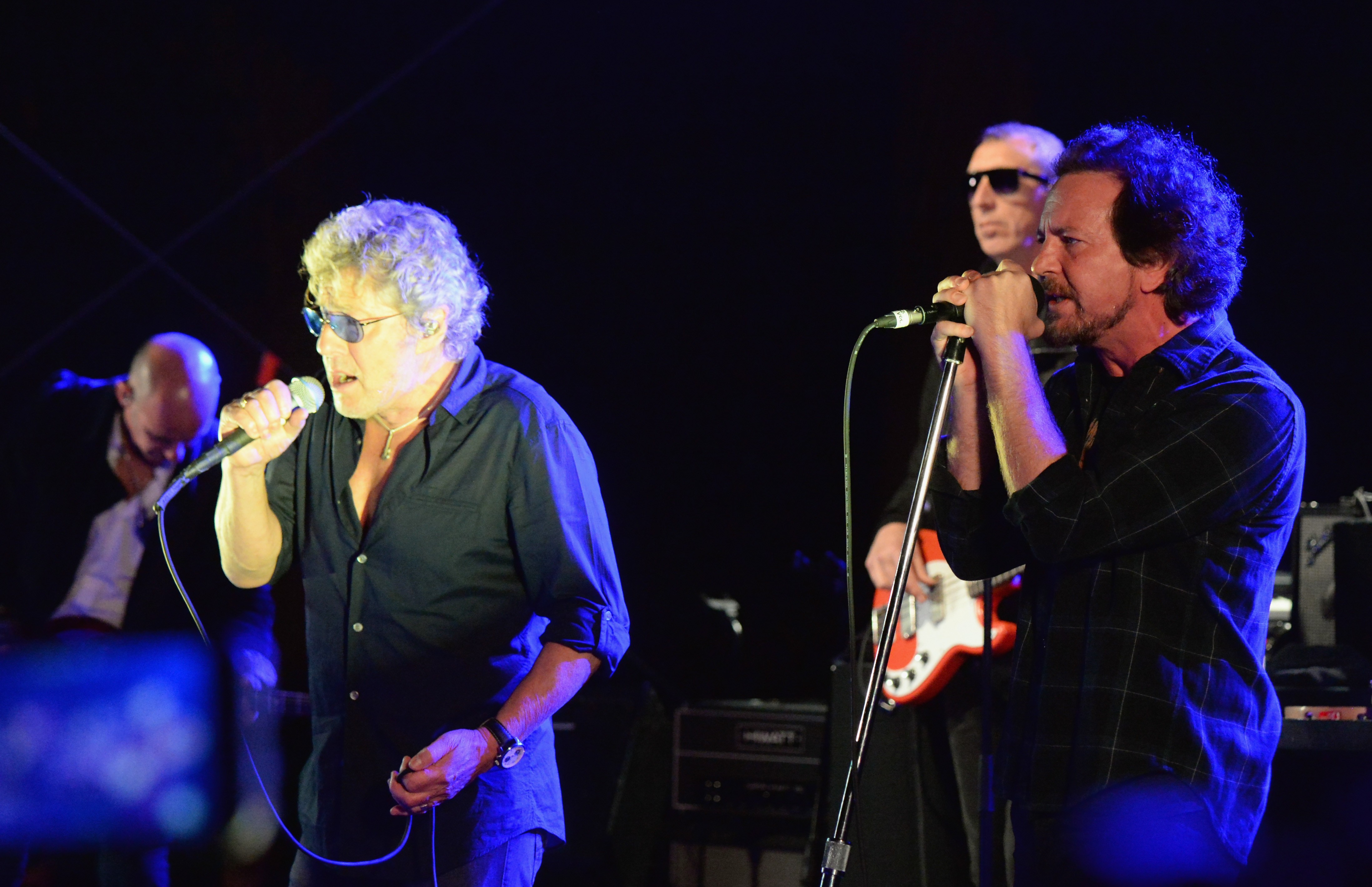 The Who set out on their Moving On! tour back in May, with dates in North America and Europe. Last night, the group brought the orchestral tour to London, where they performed at Wembley Stadium. During their set, the band was joined by Pearl Jam frontman Eddie Vedder, who helped them perform the Quadrophenia track “The Punk and the Godfather,” as Rolling Stone points out.

“He’s going to share this song with me because he knows where it came from,” Who vocalist Roger Daltrey said before addressing Vedder. “What one were you? You were also the one with the stutter?” No,” answered Vedder. “I’m still the punk.”

The Who’s Moving On! tour opened in Grand Rapids, Michigan this past May. Accompanying the tour was announcement of the band’s first new album in 13 years, though details about the release remain sparse. Last month, master recordings from the band were revealed to have been destroyed in a 2008 warehouse fire at Universal Studios. The fire also ruined masters of acts like Chuck Berry, Aretha Franklin, Tupac Shakur, and Nirvana.

Check out the Who’s London performance with Vedder below.