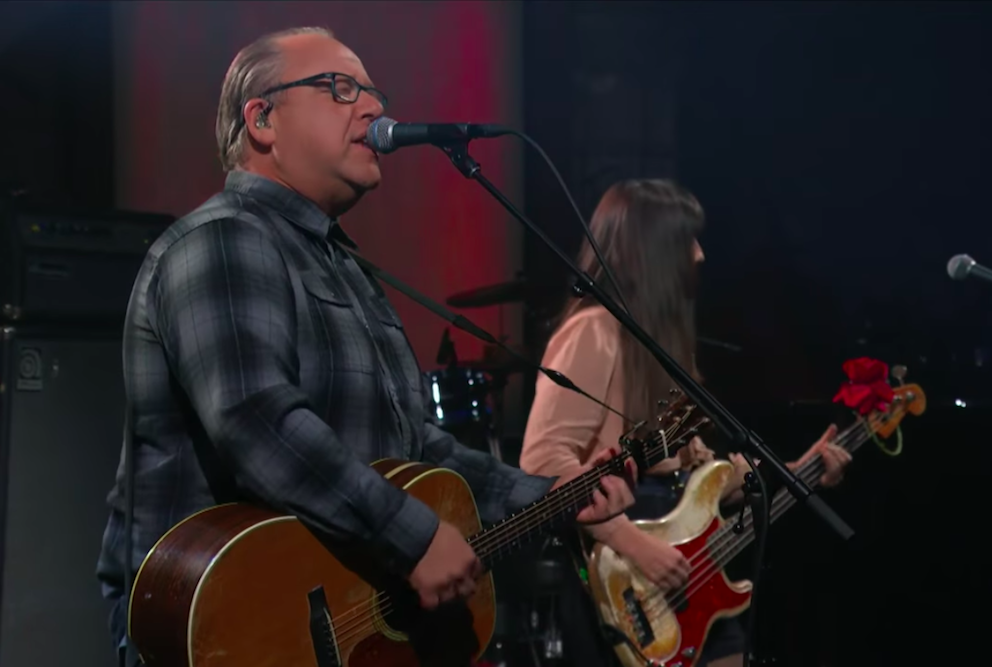 CREDIT:Screenshot via The Late Show With Stephen Colbert

Pixies are soldiering on in their Kim Deal-less post-reunion configuration, with a new album called Beneath the Eyrie coming soon and a European tour kicking off the same day. Yesterday, they stopped by The Late Show with Stephen Colbert to perform “Catfish Kate,” which was released as the second Eyrie single last month.

The song is a pleasant evocation of Pixies’ Bossanova era: breezy acoustic strumming from Frank Black, bendy one-note leads from lead guitarist Joey Santiago, bassist Paz Lenchantin joining in Kim-style to double Black’s vocal line in a solidly catchy chorus, and no wild outbursts of grunting or screaming. The lyrics, as you may have guessed from the title, concern a woman named Kate who gets involved with some catfish.

In addition to “Catfish Kate,” the band has also released a single entitled “On Graveyard Hill.” Beneath the Eyrie will be released September 13 via BMG/Infectious. Watch the Colbert performance below.