Watch Korn’s New Video for “Can You Hear Me” 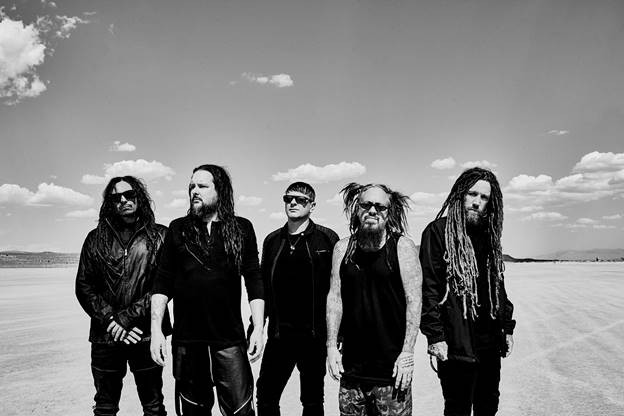 Korn have released a new song called “Can You Hear Me,” the third from their upcoming album The Nothing. The track follows two earlier singles—”You’ll Never Find Me” and “Cold“—and arrives with an accompanying music video.

The video opens with audio sample of a voice shouting, “It’s time people wake the fuck up!” before diving into a heavy guitar riff paired with twinkling keyboard chimes. “And while my heart keeps holding on / I know I’ll never be the same again” frontman Jonathan Davis sings in the chorus.

The video also serves as a trailer for the band’s new podcast. The six-part series, which is now available on Korn’s YouTube channel, follows the story of a journalist named Matt Singer as he investigates the disappearance of a teenage girl in rural Kansas. The podcast stars Keir O’Donnell, Darri Ingolfsson, and Mikayla S. Campbell, and was directed and produced by from Adam and Elizabeth Mason.

Korn’s new album The Nothing is out Friday, September 13 via Roadrunner Records/Elektra. Just before its release next week, the band is heading out on a co-headlining tour with Alice in Chains, with dates in Dallas, Sacramento, Missouri, and more in the coming weeks. Check out their new video for “Can You Hear Me” below and check out the band’s new six-part podcast here.