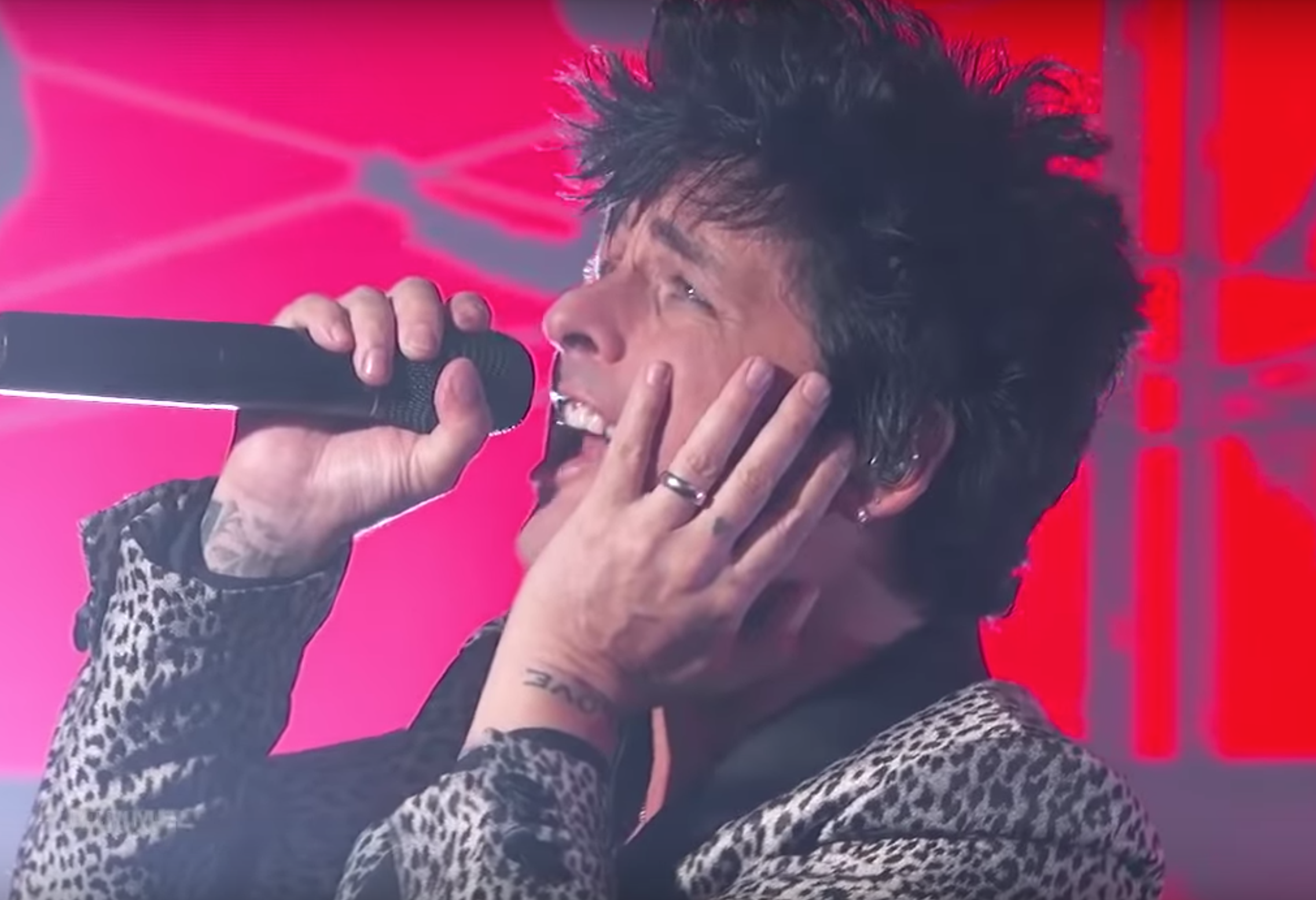 Green Day announced their newest album Father of All… earlier this week, debuting the title track as well as announcing their new Hella Mega world tour with Weezer and Fall Out Boy. To celebrate the annoucements, the pop-punk power trio—who plays with several more people on stage in the current decade—appeared on Jimmy Kimmel Live! last night to rip through their new single. For even people up to date on the latest Green Day music, the song will sound like a departure, thanks to its bluesy, soul-inflected affect and Bille Joe Armstrong’s unusually heavy use of falsetto. Armstrong’s Vegas-y demeanor in the Kimmel performance, which feels dominated by his leopard-print blazer, may enhance your impressions that this is not your grandmother’s Green Day.

In a joint interview with his tour mates Pete Wentz and Rivers Cuomo earlier this week in Billboard, Armstrong discussed some of his specific influences for the new Green Day album, citing Kendrick Lamar and “old-school Motown.” Father of All…—the actual full title of which is Father of All Motherfuckers—is due out on February 7 of next year. Watch the band’s Kimmel performance below.