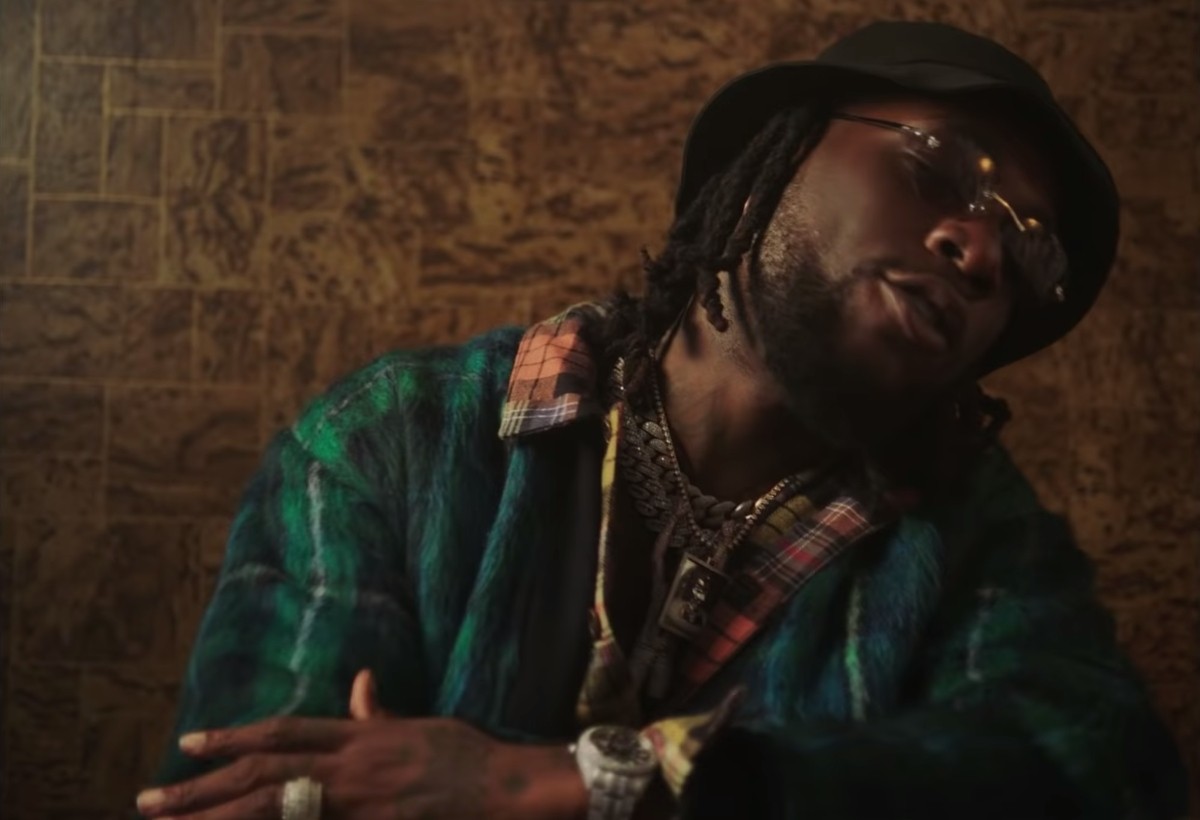 Burna Boy has released a new video for “Gum Body,” a duet with British R&B singer Jorja Smith from the Nigerian star’s very good July album African Giant. The song finds Burna and Jorja wondering, a little tipsy, about the possibilities of a past relationship. The beat, driven by hand percussion and sensual jazz sax, leaves plenty of open space for reflective thoughts to linger. Meji Alabi’s video sets the pair in different rooms in an unlit apartment before bringing them together in dance near a window, leaving ambiguous whether the moment is a memory, fantasy, or reunion.

Burna Boy previously released videos for the African Giant cuts “On the Low,” “Anybody,” “Pull Up,” “Dangote,” and “Gbona.” He also featured on Smith’s new single “Be Honest,” released last month, the singer’s first solo single since her 2018 debut album Lost & Found. Burna wraps his United States tour this month before skipping overseas for a European run in October and November; tickets are available through his website. Read our African Giant review here.