The Beatles’ Abbey Road Gets Box Set Reissue, Hear Alternate Versions of “Something” 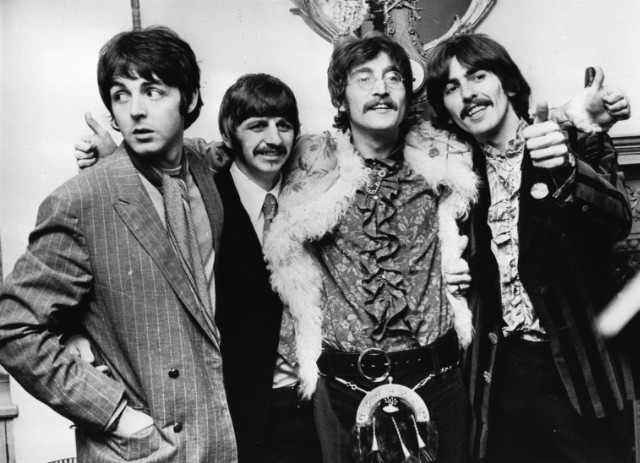 The Beatles’ 1969 album Abbey Road—the final album the band recorded together and penultimate album they released—will be reissued as a deluxe box set in commemoration of its 50th anniversary. The “Super Deluxe” edition of the reissue contains 23 tracks of outtakes and demos across four CDs, plus a hardcover book. Other editions include 3-LP and 2-CD sets, plus a single disc with a new mix of the original album.

The reissue was produced by Gilles Martin, son of the late George Martin, who produced the original Abbey Road. A Rolling Stone story announcing the release provides some hints as to what the set will include. There are Paul McCartney demos of “Goodbye,” and “Come and Get It,” songs he wrote during the Abbey Road era but gave away to Mary Hopkins and Badfinger, respectively. There’s also a studio demo of “I Want You (She’s So Heavy)” that is interrupted by neighbors who complain about the racket the band is making. “It’s so funny — he’s so polite,” Gilles Martin told Rolling Stone of Lennon’s reaction to the interruption. “He should have said, ‘Fuck off, we’re the Beatles!’”

Three versions of George Harrison’s classic Abbey Road ballad “Something” are being released in advance of the full set: the new remix of the album version, a studio demo, and an instrumental take. The most intriguing of these is the demo, which contains a vocal part from Harrison that did not end up in the official recording of the song. Hear them all below.