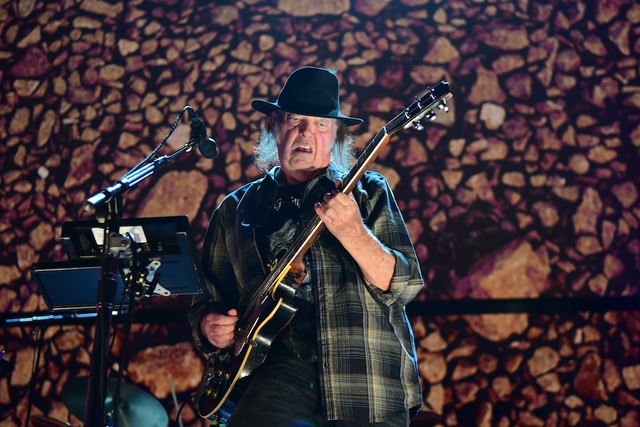 Earlier in August, Neil Young announced the impending release of COLORADO with Crazy Horse, the scrappy electric band that has helped him make some of his rawest and most vital music over the decades. On Friday, August 30, he’s shared some new details about the project, including a release date of October 25 via Reprise, and a lead single called “Milky Way.”

COLORADO is Young’s 38th(!) studio album, the follow-up to 2017’s The Visitor. It marks first time he’s recorded with Crazy Horse since 2012’s Psychedelic Pill, which ranks among his strongest late-career efforts. As previously reported, the new album will come with a documentary about its making entitled Mountaintop Sessions, directed by C.K. Vollick.

Recent live tours with the Horse have featured guitar virtuoso Nils Lofgren—who played on the band’s non-Neil-associated 1971 self-titled debut but had been absent from the lineup since—filling in for longtime guitarist Frank Sampedro, and today’s announcement confirms that will be the case on the album as well. Hardcore Neil nerds may note that the COLORADO lineup of Young, Lofgren, drummer Ralph Molina, and bassist Billy Talbot is closer to that of the Santa Monica Flyers, the band he assembled for the legendary Tonight’s the Night sessions, than any canonical Crazy Horse crew. But whatever!

The important thing is that “Milky Way” sounds good as hell, a sprawling 6-minute guitar jam with pleasantly ragged rhythm section work and lyrics about an encounter with a woman that sends Young sailing through the cosmos. It sounds like Crazy Horse, in other words. Hear it below, and see the COLORADO tracklist after that.